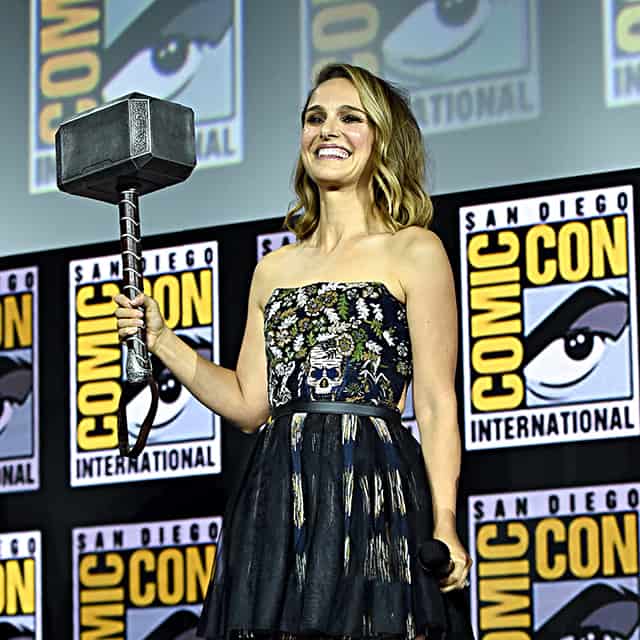 Natalie Portman is making a comeback in the league of Marvel Cinematic Universe superheroes as the new Thor...

We’ve got some exciting news for all of you Marvel fans. The fourth film in the Thor series is set to hit theatres on November 5, 2021 and what’s even more exciting, is that the star of the franchise’s upcoming film will be a woman.

During Marvel‘s Comic-Con panel over the weekend, it was revealed that Natalie Portman will be making her return to the upcoming Marvel sequel, titled Thor: Love and Thunder, but she’s no one’s love interest this time around.

Previously playing Chris Hemsworth’s romance as astrophysicist Jane Foster, this time the spotlight will fall on Foster as she’ll join Hemsworth with all of the superhero heavy lifting.

According to Variety, Portman admitted, “I’ve always had hammer envy.”

The upcoming film will continue to see Chris Hemsworth as Thor and Tessa Thompson as Valkyrie (she previously played the role in Thor: Ragnarok and Avengers: Endgame), and the film will be directed by Taika Waititi.

Further details of the plot have not been released, so make sure to watch this space for more details.

Also, read more about this UAE-made, Saudi Arabian-directed film set to make its debut at the Venice Film Festival.