SAUDI’S YOUTH ARE LEAVING BEHIND THEIR MARK 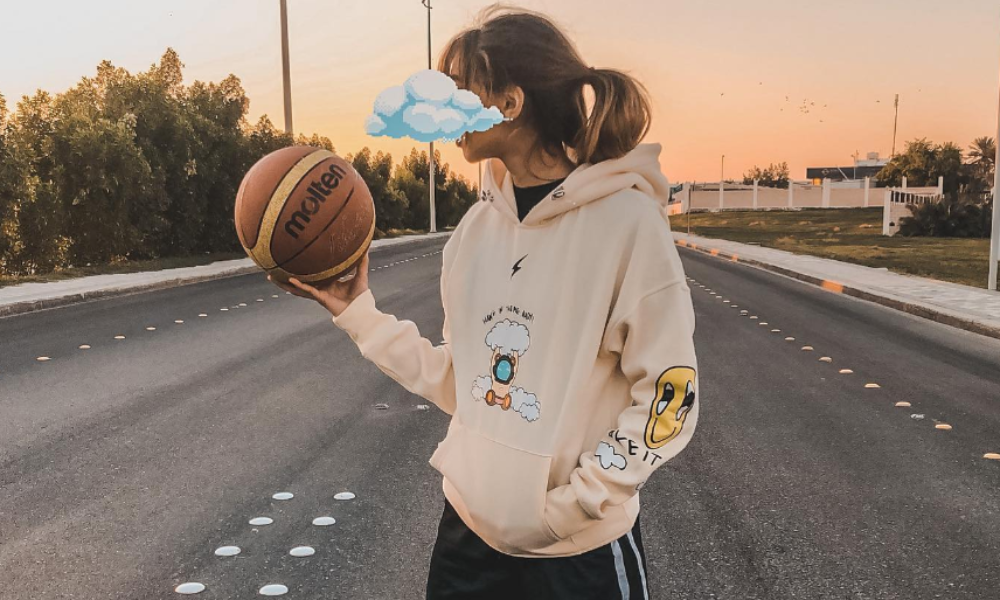 Music and art fill up the cafés that used to be quiet enough to hear a pin drop while local fashion brands are taking the area by storm. Due to the nature of the previously more conservative atmosphere in the Kingdom, the art scene was almost non-existent yet emerged in 2020 despite a global pandemic. The country’s long-standing conservative culture and atmosphere started to shift in 2018 when the Crown Prince of Saudi Arabia, Mohammed bin Salman, introduced Vision 2030, an initiative that aims to make big changes in every aspect of Saudi society — from the financial sector to housing — as well as help the economy become less dependent on oil.

In 2018, through Vision 2030’s Quality of Life Program, the government hosted more than 5,000 live events across the country, including musicals, art exhibitions, and even comedy shows. A majority of young artists took it upon themselves to create art in all its forms ranging from bands, painters, fashion designers, and café owners who bring them all together.

These artists incorporate a traditional flare in their contemporary art. Some by including Arabic calligraphy in their art, others by using the Arabic language when they sing, and some by using models of Saudi descent to model their clothing. All of this is done in effort to impact generations to give them a sense of ownership over their culture and give them the drive to create even more art in the Kingdom.

Each artist has the drive to succeed in impacting their society by creating relatable art for the youth of Saudi Arabia.

A trailblazer in the fashion scene in Dhahran, Saudi Arabia, right now is Astro. Astro is a clothing brand making trendy clothing accessible in the Kingdom while working on initiatives to impact the community. The brand started in 2020, and the entire purpose and mission was to be involved in the community at a higher level, creating something that no local brand has done before. Besides clothing, Astro holds events in which the proceeds go to specific charities.

They’ve done everything from soccer games to beach clean-ups. One of the first projects was called “to the kids, by the kids,” which was dedicated to kids diagnosed with cancer. It was non-profitable, and they presented 24 kids with gifts. Something they have lined up is creating food and water stations for stray animals around the city. Astro focuses first on the community work they do and then on the trendy designs they produce.

“I love clothing, the main product we sell is clothing, but it goes beyond that, the things we stand for at Astro, I have experienced first-hand from bullying to family members going through cancer,” said Ahmed, the Founder/Owner of Astro. “By adding all of these initiatives, we are making our community a better place through the language of art and fashion.”

It seems that the trigger for the art movement has been creating a more understanding and empathetic community. On the other end of the spectrum, painters have taken a new direction in shifting the focus from painting landscapes to making their art speak volumes to the new generation.

One artist in Dhahran aims to inspire those who have normal jobs like himself to discover themselves through art. Faisal Al Tayeb has a day job and by night is an artist. He began learning how to paint, and slowly but surely, he began to inspire others through his work. Though he uses many techniques, his most popular is unique as he uses Arabic calligraphy to create contemporary art.

“Art is something special; it is food for your eyes and soul. The more we see it, the more we think and develop. That is why I want to create even more art to be displayed in the city. I use Arabic calligraphy to draw objects and merge it with contemporary art because our language is beautiful, calligraphy itself is an art, I can mould it to create what I want and get the feeling across to others.”

“Saudis frequently travel abroad to observe an art scene; I hope that one day we are the hub of art and the world travel to us to see it. We have intelligent, creative, and talented people on the rise.”

Among others, Faisal holds the uprising art movement dear to their heart as they see how it has been positively bringing people together, allowing for creatives to inspire one another even more.

With the rise of an art scene comes the rise of the music scene embedded in it as well. Though many famous national treasure artists sing and produce more traditional music, there was never an indie band until Jwa Band was established.

Jwa band is the first indie band in the Kingdom. What separates Jwa from other bands is that they sing in Arabic. “Arabic is our language, we can sing in English and even Turkish, but then we will be like any other cover band in Saudi, we wanted the identity of the band as an Arabic indie band,” says Methgal Al-Shammary, Founder of Jwa.

What makes Jwa so special is that each musician is very diverse, allowing for them to experiment more with the type of music they produce. “Each one of us has a touch that we add to the band, making us also more relatable across the Kingdom.”

“With the shift in the art scene, it means we can host large concerts, meaning reaching a larger audience influencing more people.”

Naturally, when attending concerts, we humans tend to feel more of an emotional connection to those performing rather than listening to them through Spotify or YouTube. Jwa uses its platform to inspire younger musicians to step out of their shells and take on music. By doing so, they are creating more musicians and impacting the art scene in the city even more. The hope is to be a household name in the Kingdom, bringing together indie brands from all cities.

These artists and this spread of the art scene have been occurring through many cafes in the city. Cafes now open their doors for artists to paint on the walls, create live art, musicians to play, and fashion designers to display their designs.

With the city’s fast-paced life, the smallest of details catch the eye of your average 23-year-old grabbing their coffee before heading to the office. Starting their days with this glimpse of art at cafes creates a sensation of inspiration to do more. These cafes give them the platform to try something new. Each weekend different cafes across the cities host artists and audiences to connect and exchange ideas. With a plethora of cafes opening up that are art-themed, one was a group of people bringing people together underground before opening their café, Taawon Hub.

Taawon Hub consists of four founders who previously would host underground meet-ups, bringing artists together by booking cafés if possible, otherwise booking conference rooms in hotels to bring artists together to exchange ideas and talk about hot topics around the art scene.

One of the founders, Elham, thinks the reason they began Taawon Hub was: “I always loved participating in things that helped my community, and I always found the unconventional things the most interesting. There were huge risks when we were hosting these underground meet-ups, but it was incredibly worth it when we witnessed how the artists blossomed. Sometimes individuals would come not knowing anything on how to create art, but by the next underground session, we held would come with more knowledge.”

Thanks to the shift in government regulations and the overwhelming government support for the art scene, Taawon Hub were able to open its doors to the public. The place is split between a creative space for artists to make art and perform music and a coffee shop in which individuals can get their coffee or drink and enjoy the art atmosphere. “Over the past year, Saudi has changed, and the people have changed with it,” says Elham.

Taawon Hub brought together all of the artists mentioned throughout this piece; allowing them to grow their network of artists further. Taawon Hub makes this experience accessible to your average person who is not an artist but appreciates the art, which in turn impacts society to become more empathetic and in tune with art.

In Dhahran, Saudi Arabia, the emerging art scene is not emerging but established and flourishing based on the accomplishments of the artists I have spoken to. The art scene in this city brings together artists from other cities as well as creates an art scene in the nation.