Mario Dedivanovic is launching his own makeup line 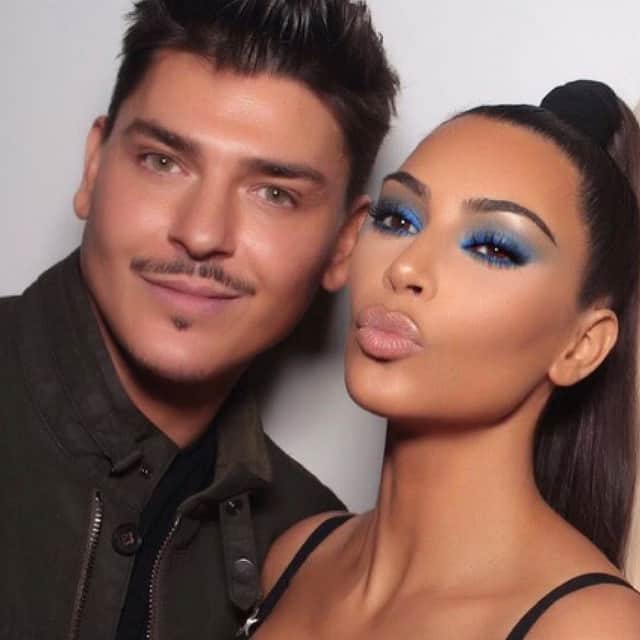 Celebrity makeup artist Mario Dedivanovic is preparing to launch his own makeup range. Here's what we know so far...

If you follow Kim Kardashian West on Instagram, you’ll know that makeup artist Mario Dedivanovic is her go-to guy when it comes to glam. The talented MUA has also regularly works with Ariana Grande, Kate Bosworth and Jennifer Lopez. Now, after years of working with brands like Laura Mercier and KKW Beauty, Mario is branching out with his own line of cosmetics.

Speaking with WWD, he said the reason there hasn’t been a line yet is because the offers he has received haven’t included full control over the finished product. “The thing with the makeup line is that there definitely will be one in the future. I’m a perfectionist. People expect something great from me and I expect something great from myself. I’ve had a couple of opportunities that I walked away from — I mean multi, multi, multimillion-dollar deals that I’ve walked away from — because in the end, I didn’t get what I wanted.”

He added, “I’ve been getting approached and asked by companies and investors for many years. Up until the past two or three years, I never felt worthy enough because I felt like I needed to have at least 20 years experience as an artist to do that. It’s a big deal for me. That would be a next chapter of my life, my career. I’m on almost 19 years now of being a makeup artist so that 20 year mark is approaching.”

However, he says he doesn’t “feel rushed to do it”, particularly given the current beauty landscape is oversaturated. “It’s overwhelming even for me as a professional. Even if there’s really good stuff coming out, it’s probably overshadowed and you don’t even see it or notice it because of all the stuff that’s coming out. I’m totally OK waiting a little bit. Maybe this bubble’s gonna burst, I’m not afraid of that. Maybe then it will be about quality and not quantity.”

A refreshing attitude, for sure.

Now, find out why Urban Decay discontinued its most iconic eyeshadow palette.