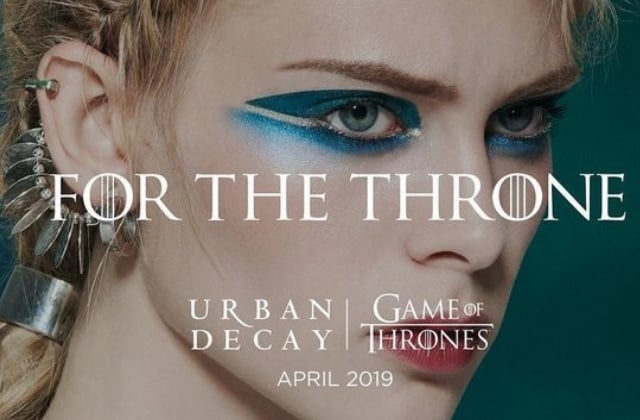 Fans of Game of Thrones are dreading the next season, for it will be the final one. But, the show is set to be immortalised in makeup by Urban Decay. Here's what we know...

We’re only a few months away from the final and eighth season of Game of Thrones. But this one event we are definitely not having a count down for. Because, we cannot face the reality of GoT not being in our lives.

Surprise though! Winter is officially never leaving. The HBO series is going to live on in our, erm, makeup bags thanks to Urban Decay.

The beauty brand behind The Naked Palette (which got discontinued last year) announced a Game of Thrones-inspired collection on Instagram.

And while little else is known about this collection, we do know it will be dropped in April 2019 – the same time as the newest (but also last) series of the show is set to air. The teaser video on IG suggests that the collection will feature a range of highly-pigmented eyeshadows and lipsticks with metallic finishes, in vivid fiery bronzes and icy blue hues. As for the name of the collection, we think #forthethrone might be an obvious clue.

According to Bustle, Urban Decay has referred to the collaboration as being “inspired by our favorite places in Westeros and the strong women of the Seven Kingdoms.”

Roll on April for both new episodes and makeup…

Now, find out what Glossier are doing very soon.