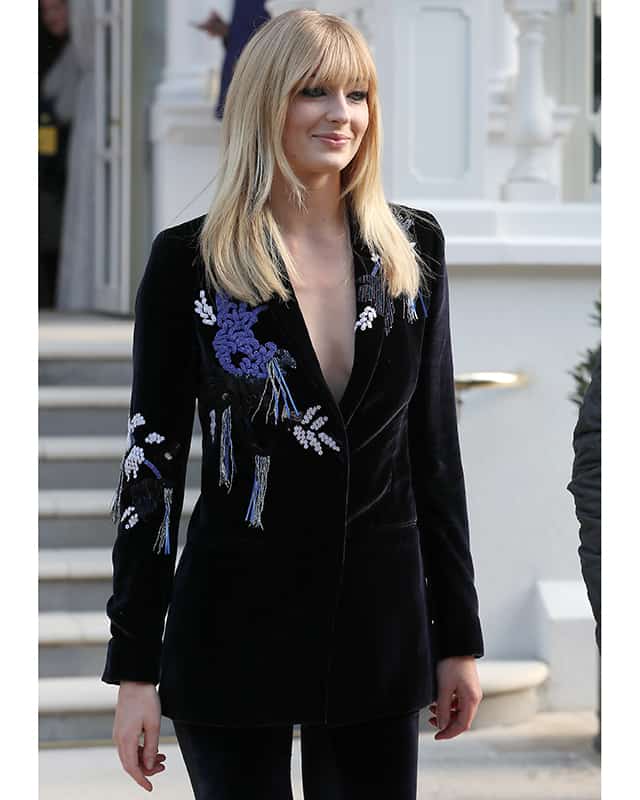 Ok, so the Queen of North just pulled off this beauty trend and now, we want to do the same...

The 2019 Cannes Film Festival officially came to an end yesterday and we’ve seen a fair share of statement silhouettes on the red carpet, Middle Eastern moments steal the spotlight and of course, several beauty power moves that are setting the trend for summer.

However, miles away from Cannes and in London, one particular actress debuted a bombshell beauty look that we’re so lusting over. Giving us major fringe envy, Sophie Turner proved that the post-Game of Thrones beauty transformation is real.

With the epic series finale behind her, the newlywed fronted a whole new beauty book to promote her new film, Dark Phoenix.

Dressed in a Cushnie Fall/Winter ’19 look, Turner made a serious case for getting bangs and made them look cool (we want to get them now too…).

TBH, we’re not too sure if these bangs are a one-night-only transformation or a pair of shears was actually used. Either way, we’ve loving it.

And Turner isn’t the only Game of Thrones actress to experience a beauty transformation.

Maisie Williams said goodbye to her beloved Arya Stark character and marked a brand new chapter with a bold blonde look. A natural brunette (she’s previously gone ultraviolet and bubblegum pink before), Williams’ new shade makes her look as good as ever.

Now, find out which celebrity is expanding her empire by launching a new beauty sustainable line.