Here's what was trending this year
December 4, 2018
Meeran Mekkaoui 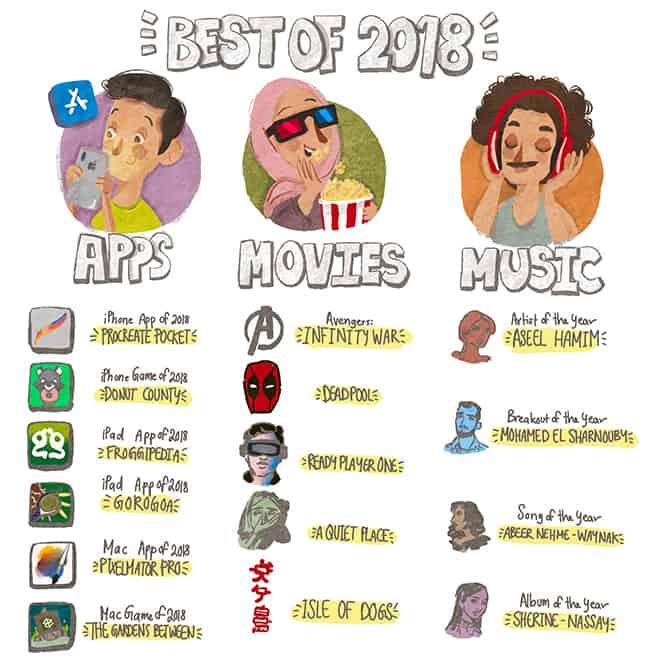 We’re just a few weeks away from welcoming in the new year, which means we’re reflecting on some of the things that have happened this year — and it looks like Apple is, too.

The California-based company has just revealed the top apps, music acts, podcasts and movies of 2018 from within the region.

The list was revealed by Emirati illustrator, Aysha Al Hemrani, who created the ‘Best of’ illustration on the iPad Pro.

Best Podcasts of the Year
In the Dark
Slow Burn
Dr. Death
Armchair Expert with Dax Shepard
The Daily