The numbers say it all
November 1, 2018
Meeran Mekkaoui 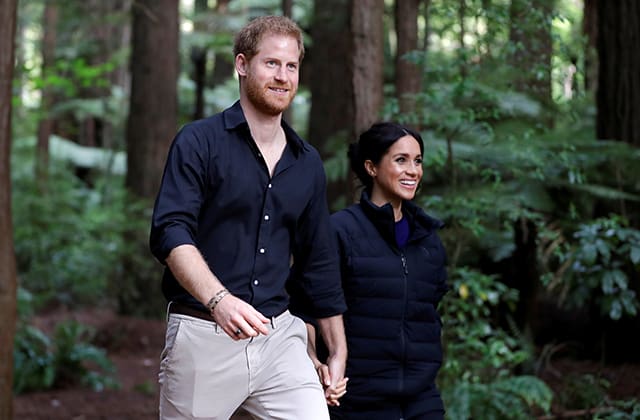 Prince Harry and Meghan Markle's royal tour may have come to an end but it is still dominating social media...

The Duke and Duchess of Sussex have officially ended their 16-day royal tour which saw the royal pair complete more than 70 engagements in Australia, New Zealand, Tonga and Fiji.

We dissected everything from the royal tour (from Meghan Markle’s sustainable wardrobe to why everyone was talking about her latest footwear choice and how her sartorial choices have affected Australian designers in a big way) and overnight, it has been revealed how Meghan Markle and Prince Harry’s tour affected social media.

According to Talkwalker, after reviewing the social media mentions and analytics, the pair’s royal tour appealed most in the U.S., the U.K., Australia, Canada and France.

The Luxembourg-based tech company reported that the whole royal tour gained “more than 211,400 mentions and more than 31.4 million likes, retweets, shares and comments”, addinf that after October 15 (halfway through the tour) the pair “racked up the most mentions with more than 25,900.”

When scrolling through your feeds, you’ve probably noticed a post (or 30) on Meghan’s sartorial choices for the day as her royal tour wardrobe was a popular discussion point amongst women, who comprised 63.7 per cent of the audience.

The tour also coincided with the news that Prince Harry and Meghan Markle are expecting their first child together in the Spring, which could explain why the royals sparked even more interest across the globe.

The royal tour’s top-five hashtags have also been shared: #meghanmarkle, #princeharry, #royaltour, #duchessofsussex and #royalfamily. If you’re feeling nostalgic already, take a scroll through any of these and you’ll be able to relive the moments all over again.

Whilst the pair were on their royal tour, Kate Middleton also stepped out in London looking like Cinderella.