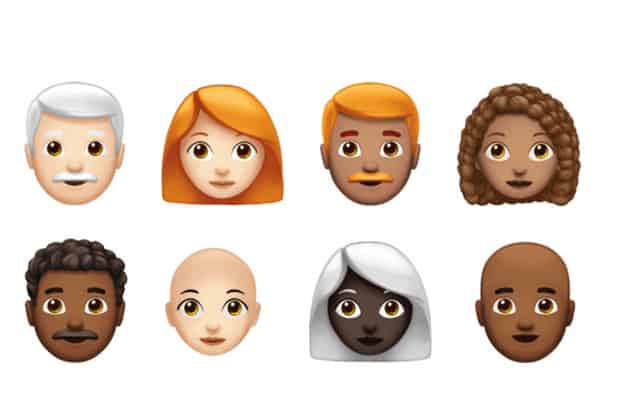 Have you been feeling a little limited in your emoji game of late? You'll be pleased to know that Apple is releasing 70 new emojis this year...

Good news, emoji addicts — on the occasion of World Emjoi Day today, Apple has announced the release of 70 new emojis with which to decorate your messages.

Which symbols will join the ever-expanding emoji family this year you ask?

Well, if you’ve been feeling the lack of lobster, you’ll be pleased to know that its made the cut, so too has the kangaroo (much to the delight of Australia), peacock and parrot.

On the people front, Apple has finally introduced a series of redheads, as well as bald and white hair options for both men and women, and a new curly haired emoji. Oh, and a few superhero varities for good measure — we predict these might become our new fave as we channel our inner Wonder Woman.

Over in the food department, you can now opt for a cupcake, lettuce, mango or a moon cake. Feeling sporty? Add a softball to your messages, or if science is more your thing, then a test tube is now available to make your point.

There’s also a new series of OG emojis too with new expressions for celebrations, love, sadness and being cold on offer.

See some of the new emojis below…

The new emojis will be released as part of a new software update this autumn.

The additions follow the company’s announcement earlier this year that it was expanding its Memoji offerings in the iOS 12 software update that will launch later this year.