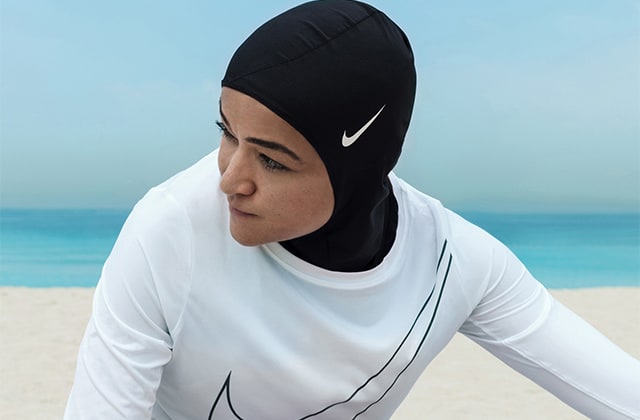 Introducing you to the first team-branded Nike Pro Hijab...

Nike is no stranger to promoting diversity and inclusivity — all whilst offering the best performance attire, too. They’ve done it with the launch of the Nike Pro Hijab in 2017, and it’s been a game-changer ever since.

Now, it looks like the Nike Pro hijab collection is expanding with its first co-branded option, as the sportswear brand is officially teaming up with the 2019 NBA Champions, the Toronto Raptors.

The inspiration behind the partnership stemmed from a local community group (the Hijabi Ballers) that promotes Muslim women in sports.

Along with the introduction of the new co-branded hijabs (which will feature the Raptors’ clawed basketball logo, as well as Nike’s signature Swoosh), Nike also debuted a captivating campaign video showcasing a group of Muslim women playing basketball.

With a caption that read: “Inspired by those brave enough to change the game”, the Toronto Raptors posted the campaign on Instagram. Watch it below…

Now, take a look at Net-a-Porter’s exclusive campaign for the Middle East.