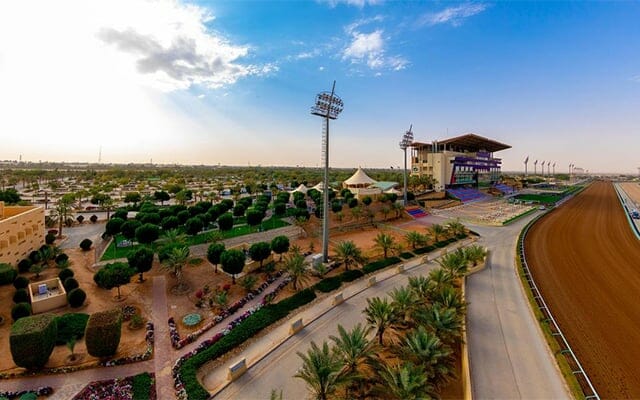 Riyadh readies to host 'The Saudi Cup' next year and we've got all the details...

Horse racing is a significant part of our culture here in the Middle East and it’s no surprise that the region is home to the world’s richest horse race.

The Dubai World Cup was crowned with that expensive title, until today that is. Hold on to your horses as there’s a new race in town.

The Saudi Cup was formally introduced as the richest horse race in the sport’s history, with a prize pool confirmed to be $20 million (approximately Dhs73.4 million).

Set to take place at Riyadh’s King Abdulaziz Racetrack, the inaugural contest (first announced by His Royal Highness Prince Bandar bin Khalid Al Faisal) will take its place on February 29, 2020, and will run four weeks after the Pegasus World Cup at Gulfstream Park, and four weeks prior the Dubai World Cup at Meydan. This gives the top horses in training to have the opportunity to compete in all three of the most valuable dirt races in the world.

Announcing the creation of The Saudi Cup, His Royal Highness said: “The introduction of the Saudi Cup as an international race is without doubt the most significant event in the history of horseracing in Saudi Arabia, and demonstrates our resolve to develop this great sport in the Kingdom of Saudi Arabia, and also our ambition to become a leading player on horseracing’s world stage. We look forward to welcoming international horsemen and women, the media, racing enthusiasts and the public to Riyadh in 2020.”

Now, read more about how Khadijah Mellah made history at Glorious Goodwood.