Michelle Obama is launching a cooking show on Netflix 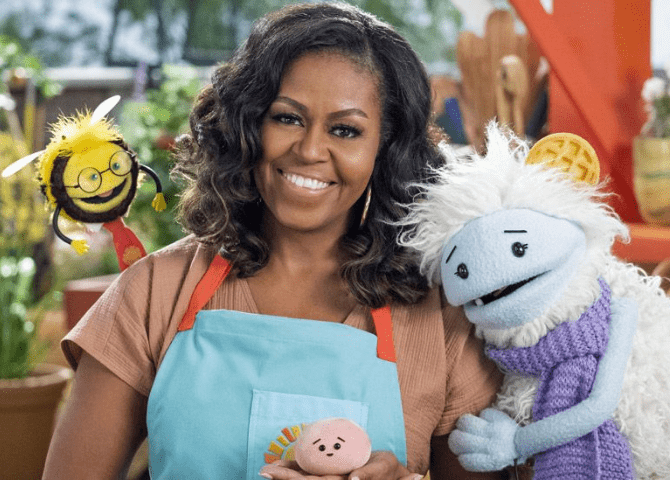 The former First Lady is returning to the streaming platform with ‘Waffles + Mochi’...

Michelle Obama is making a return to Netflix next month with a new show dedicated to children and cooking. The former First Lady is set to star alongside puppets in a series that aims to teach children the joys of home cooking.

Titled Waffles + Mochi, the 10-episode cooking show will see Mrs Obama and the gang discover, cook and eat food from around the world. The show is a part of a multiyear producing deal that she (together with Barack Obama), have with the streaming service.

Sharing the news via her Twitter account, Michelle Obama said: “I’m beyond thrilled to share that on March 16, I’ll be launching a new show on Netflix called Waffles + Mochi! I’m excited for families and children everywhere to join us on our adventures as we discover, cook, and eat delicious food from all over the world.”

For the Waffles + Mochi series, the production is collaborating with ‘Partnership for a Healthier America’, which provides fresh ingredients to families during the ongoing pandemic. Michelle is also honorary chair of the non-profit.

The series is set to make its debut on March 16.

Now, discover the latest details from the Sex and the City reboot.