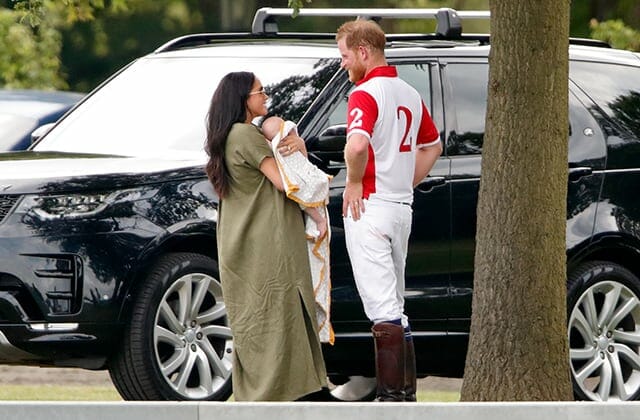 The new family of three have just made their first public appearance together, alongside Prince William, Kate Middleton and their three children...

It’s been less than a week since Archie Harrison Mountbatten-Windsor’s christening and now, it looks like the youngest royal officially made his first public appearance and the internet is so happy right now.

Spotted adorably swaddled in Meghan Markle‘s arms, the two were on the sidelines to cheer on the new dad, who played against uncle Prince William on the field. For the occasion, the Duchess of Sussex wore a loose-fitting khaki green midi dress by Lisa Marie Fernandez and a pair of classic shades. 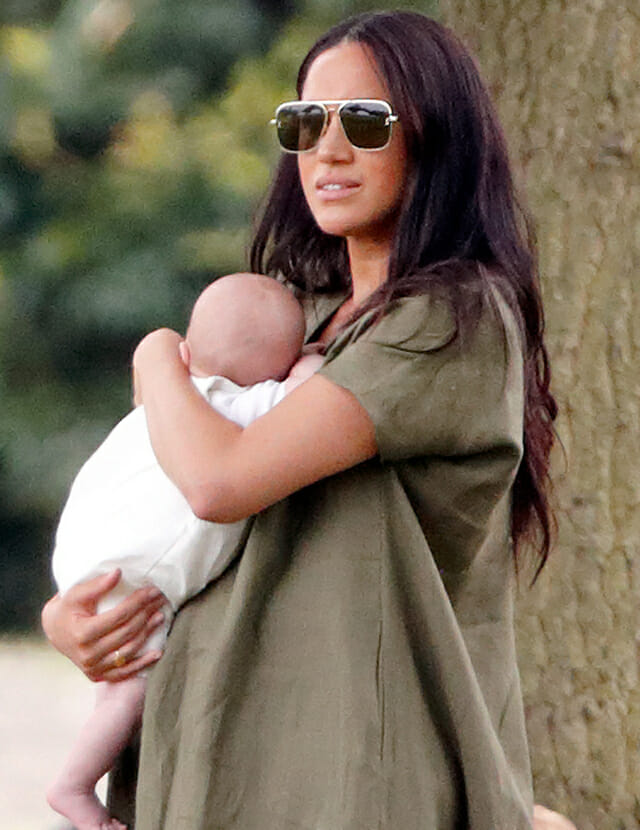 However, it wasn’t just Meghan Markle and baby Archie who stole the spotlight.

The Duchess of Cambridge was on site with Prince George, Princess Charlotte and Prince Louis (which marked the royal’s second public appearance following Trooping The Colour) and the youngest sibling, particularly, is making headlines as he was spotted toddling around the grounds wearing Kate Middleton’s oversized sunglasses (a very meme-worthy moment). 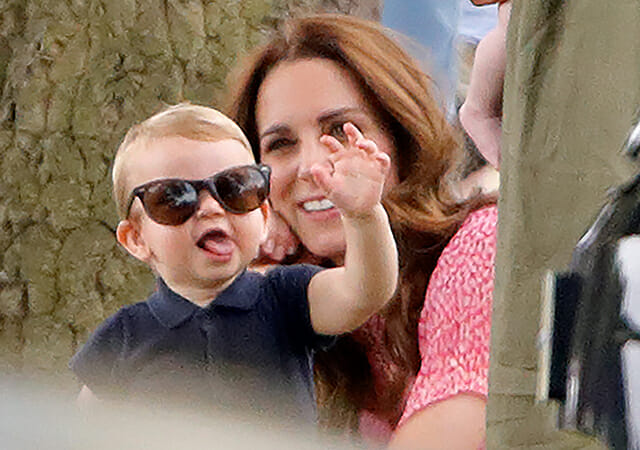 It truly was the perfect outing for the royal family.