Why did Kate Middleton not attend Princess Diana’s statue unveiling? 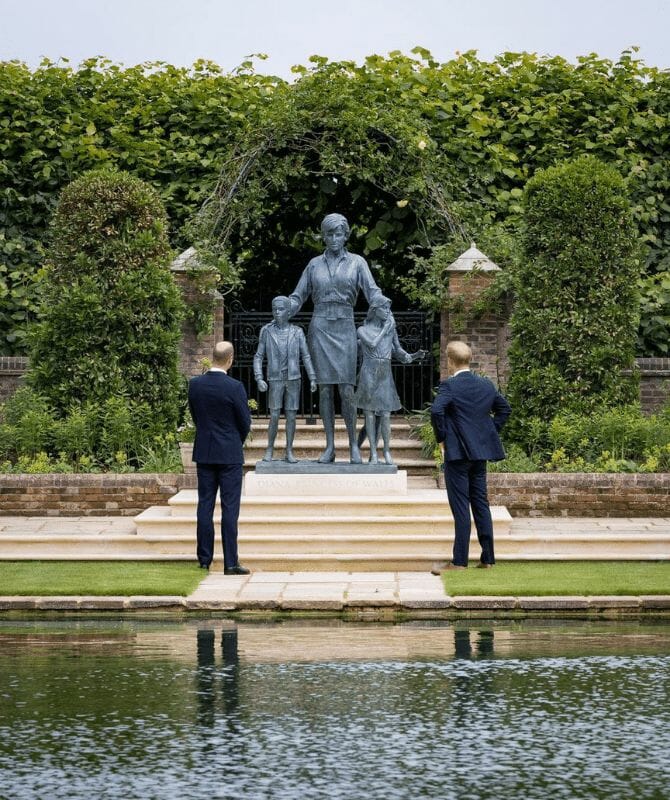 On July 1 – which would’ve been Princess Diana‘s 60th birthday – a statue paying tribute to the humanitarian icon and fashion maven was revealed. Honouring the late Princess of Wales, the sculpture (which was commissioned four years ago) depicts her with three children reflecting her work to support and nurture children around the world.

Alongside the armed forces, Prince William and Prince Harry were spotted in attendance celebrating their mother’s life and legacy. The two brothers delivered a speech to mark the auspicious occasion, issuing a joint statement that read: “We remember her love, strength, and character– qualities that made her a force for good around the world, changing countless lives for the better. Every day, we wish she were still with us, and our hope is that this statue will be seen forever as a symbol of her life and legacy.”

Whilst we’ve missed seeing the fab four together – Kate Middleton, Prince William, Prince Harry and Meghan Markle – we understand that Meghan couldn’t be in attendance due to recently giving birth to their daughter, Lilibet Diana Mountbatten-Windsor, named after the Queen. But, where was the Duchess of Cambridge?

It was reported that the 39-year-old Duchess of Cambridge would probably not attend the unveiling of the statue as William plans to take her and the family to see the statue privately. And it was probably best that William and Harry spent time with the Spencer side of the family.

Also, as the royal patron of the All England Lawn Tennis and Croquet Club (AELTC), which hosts the annual tennis competition, the Duchess was perhaps preparing to sit courtside at Wimbledon where she wore a midi pleated navy blue and white polka-dot skirt by Alessandra Rich, paired with a white blouse, a navy blazer, white heels, a white Mulberry “Amberley” handbag and Simone Rocha pearl earrings.