This is what the Sussexes are up to next 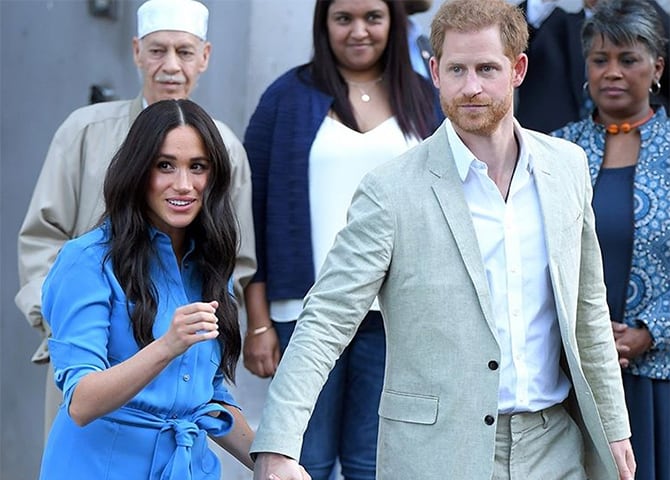 After becoming a trending topic on Twitter, #Megxit is still in full effect following the pair's latest deal...

We’re only 12 days into the new year and Prince Harry and Meghan Markle have been circulating the news headlines every day since announcing that they’re stepping back as senior royals.

With an aim to become “financially independent”, many were left speculating about what’s next for the pair and now, fans of the Duke and Duchess have an idea of how they’re going to be earning an income.

According to The Times, Meghan has signed a voiceover deal with Disney to benefit wildlife charity Elephants Without Borders — an organisation that helps to track and protect the animals from poaching.

The move is just yet another hint of the couple’s future life and it follows their decision to keep their charity work separate from the Duke and Duchess of Cambridge.

In June 2019, the ‘fab four’ officially ended with Prince Harry and Meghan Markle splitting from Kate Middleton and Prince William’s Royal Foundation. One month later, the parents to Archie launched their own organisation, ‘Sussex Royal The Foundation of the D&D of Sussex’.

Could this mean that there could be more deals with major organisations in the future? We’ll just have to wait and see.

In the meantime, did you know that the Duchess of Sussex earned a new title as the year’s most searched-for fashion influencer in 2019?