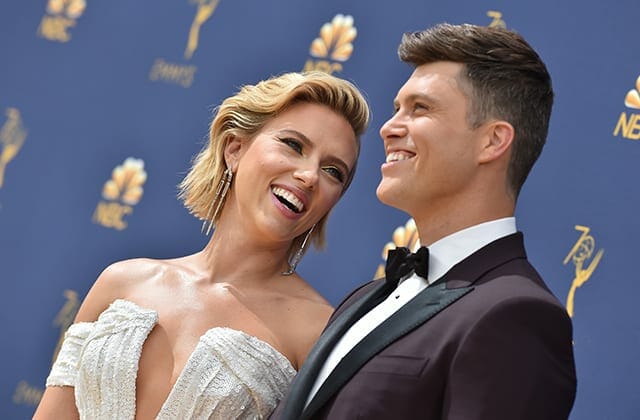 The actress is officially off the market as she just got engaged to Colin Jost...

They say that third time’s a charm and we hope that’s the case for Scarlett Johansson as the actress just got engaged to boyfriend, Colin Jost, after two years of dating.

The news emerged overnight as the publicist of the American actress (who will always be known as Lucy to us), Marcel Pariseau, confirmed to the Associated Press that the celebrity pair are officially engaged, however, adding that no wedding date has been set yet.

The duo are known to be relatively private with their personal lives but only started having red carpet appearances together for Johansson’s Avengers: Endgame premiere, and a few events together here and there.

Together, they made their debut in November 2017 and this will mark Jost’s first marriage, while Johansson was previously married to Ryan Reynolds (2008-2010) and Romain Dauriac (2014-2017).

Now, see how the Duke and Duchess of Sussex celebrated their one-year anniversary.