Nike’s new campaign strengthens its connection to the Middle East

Introducing another instalment of 'Dream Crazier'...
May 26, 2019
Meeran Mekkaoui 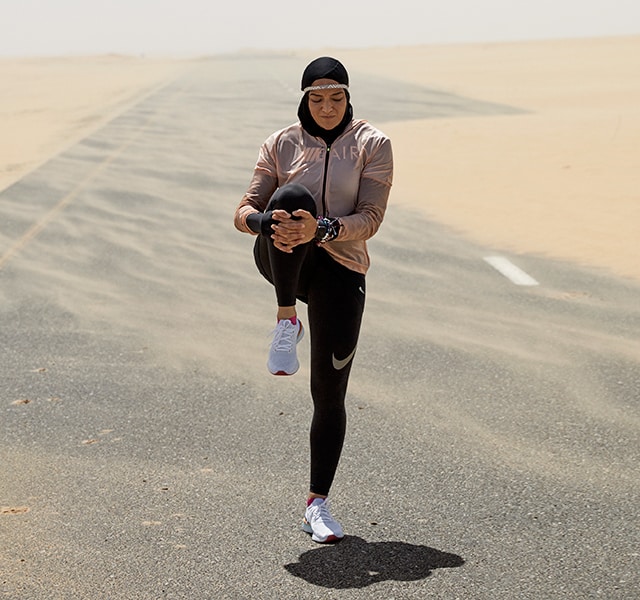 There really are no mountains high enough for Manal Rostom to climb as she explains her next dream in Nike's new Dream Crazier campaign...

Let’s face it. Everybody has dreams, and whilst you think they’re quite crazy to achieve, it really is only crazy until you do it. And that’s the message Nike had set out to spread in its new campaign, Dream Crazier.

For its next regional instalment, the sports giant strengthened its connection to the Middle East and teamed up with Manal Rostom — an Egyptian woman who truly is a force to be reckoned with.

A marathoner, a mountaineer, a Nike+ Run Club Coach, Founder of Surviving Hijab and the first woman to compete an international marathon in the Nike Pro Hijab, it’s evident why Rostom is the face of the campaign. The newest episode of Dream Crazier tells Rostom’s personal story as an everyday athlete, running in the region for a hijabi woman, and her aspirations of leading a generation of unstoppable female athletes to step into their own crazy dreams.

What’s hers you ask? Rostom is already on her way to accomplishing her dream to become the first Egyptian to complete all six major marathons and climb all seven major mountain summits (of which she has already completed two) by 2020.

Speaking about finding her athletic spirit, Rostom said: “When I was younger, I experimented with other sports, but I was either too short or didn’t have the right coach — until I found running. It was as if the sport chose me, I could train myself and work as hard as I needed to on my own. It became part of my identity and the track was no longer just a place for me to have an outlet for my energy, it was my independence. It became where I found peace, growth, and stability in difficult times. It gave me purpose and now, I cannot imagine myself without running, I have to keep going – not just for me, but for all the young girls after me with the same dream—this is what I live for.

Now, before these endangered places are officially gone, set them high on your bucket lists.