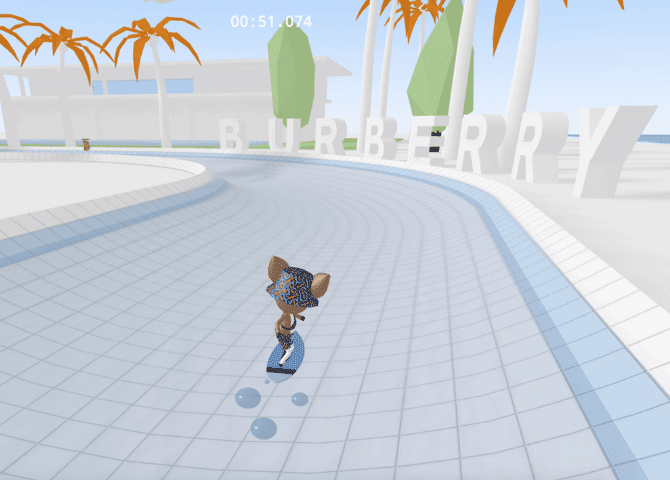 It’s time to brush up on your gaming skills again as Burberry releases its second gaming experience...

Following on from its first interactive experience and online game launch in 2019, Burberry has entered its next venture into gaming and we’re kind of obsessed.

Coinciding with the release of Riccardo Tisci’s TB Summer Monogram campaign (starring Kendall Jenner), the new game, titled B Surf, will have you riding the waves immersed in the reimagined TB Monogram pattern.

Allowing you to connect and compete with friends across the world, B Surf is a racing game on water where players will start by selecting a surfboard and a look from the Burberry TB Summer Monogram collection. Then, their character can challenge friends to a race around a TB-shaped track — an addicting game developed entirely in-house by the fashion house’s digital teams.

You can now play B Surf globally on Burberry.com.