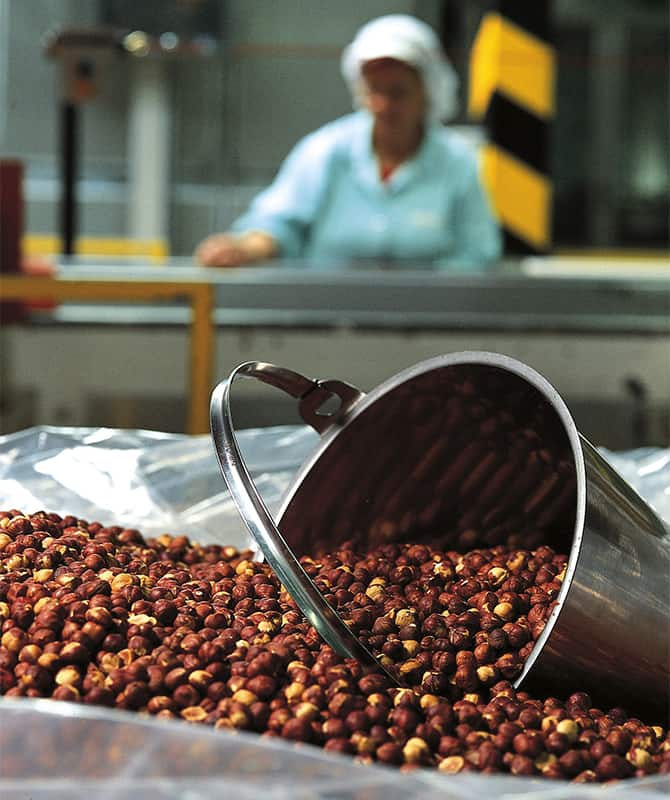 Find out how Ferrero became one of the largest confectionery companies in the world...

Beautifully located in the outskirts of Alba — a cobblestoned city nestled within a region in Northwest Italy — sits the Ferrero Group’s headquarters and factory. Imagine a picture-perfect town that constantly smelled of roasted hazelnuts — and it’s perhaps in part due to the Ferrero’s hometown plant where inside its concrete walls, experiments and invented delicacies were born. 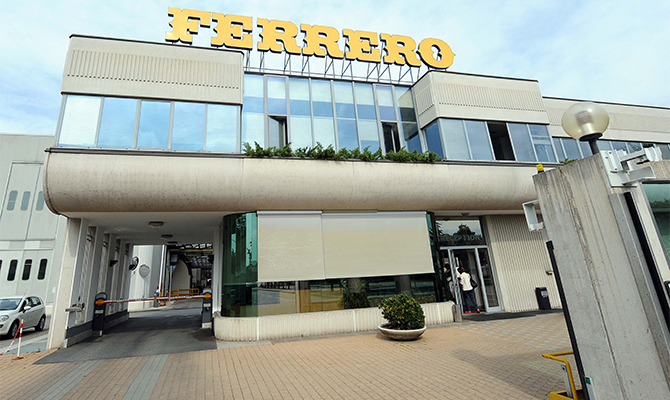 Luckily, we got a chance to go indoors and with high security detail, we’re only left with a memory of where some of the world’s greatest confectionery snacks are made (think Ferrero, Raffaello, Kinder and Nutella). Inside, Ferrero employees are stationed in all-white lab coats, working at military precision. Each responsible for every single stage of production, thousands of products shoot down conveyor belts and although the company has been around for more than 70 years, the factory’s technology is pretty impressive. There are high-speed cameras (and attentive employees) that scan for any imperfections. Even a tiny flaw such as the coating or a cracked hazelnut can trigger an electronic wing to place it into a separate basket.

It was in 1946 that the first Ferrero product came to life: a Giandujot. Courtesy of Pietro Ferrero, a gianduia pastry that came wrapped up in aluminium foil was popular amongst its fellow citizens. 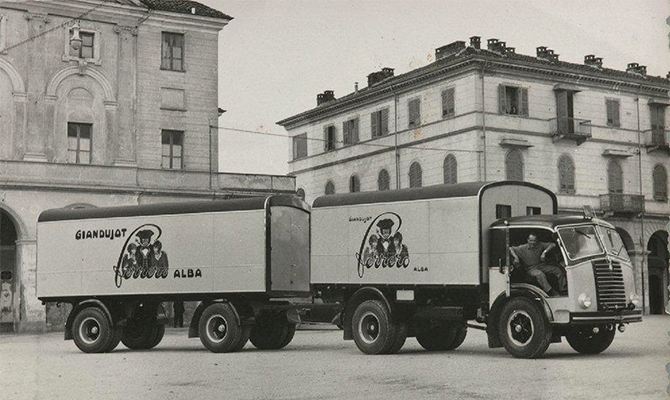 In reality, the Ferrero family first transformed their own pastry shop into a factory, shortly post World War II. After Pietro passed away in 1949, his son Michele took over the reigns and was perhaps the world’s most eccentric and enigmatic candyman, who was responsible for inventing Nutella, Kinder Surprise and Ferrero Rocher, as well as Tic Tacs. However, he passed away in 2015 at the age of 89.

But, if there was one person who deserves credit for Ferrero’s global expansion, it’s Michele. 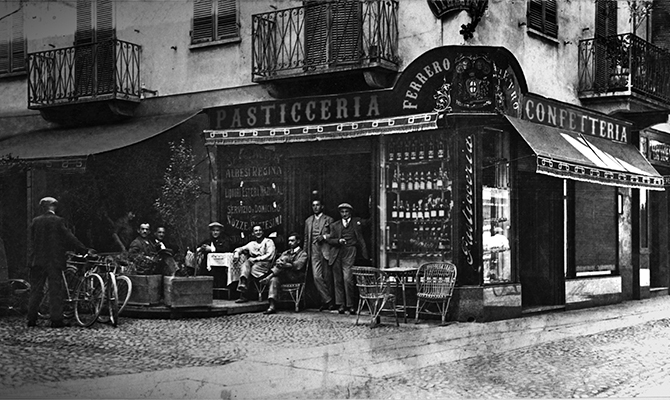 During his time, Michele brought so much success to the company that he insisted the Ferrero Group to open a large plant abroad. In 1956, rapid expansion in Europe started with the inauguration of the establishment in Germany and shortly after, in France. Now the Group were on the fast-track to even more success and had to open commercial offices and production centres in Belgium, Netherlands, Austria, Switzerland, Sweden, United Kingdom, Ireland and Spain. In the following decades Ferrero becomes global, with companies and plants in North and South America, South East Asia, Eastern Europe, Africa, Australia; and, more recently, in Turkey, Mexico and China.

Michele was the genius behind all of the major products, of which most of them were released in the ’60s. Here are just a few facts for you:

– 1964: Nutella was born and began shipping in jars.
– 1968: Kinder (a confectionery product brand line produced by Ferrero) was launched.
– 1968: Pocket Coffee (an individually wrapped shell of dark chocolate containing liquid espresso).
– 1969: Tic Tacs were first introduced by the Ferrero Group. At first, they were named “Refreshing Mints” before being called Tic Tacs in 1970. 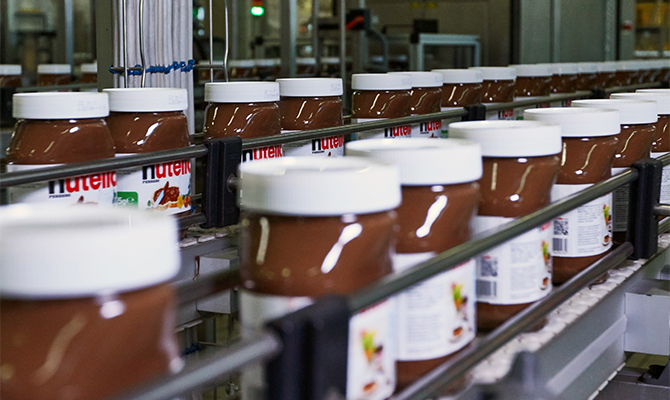 Now, as the business expanded through decades of careful growth, Giovanni Ferrero is at the helm as CEO (he became the sole CEO after his brother, also named Pietro Ferrero passed away in 2011).

Both adapting the entrepreneurial skills of their father, Michele, Giovanni and Pietro combined their determination, passion and innovation, to take the Ferrero Group to the next step.

In three generations, what was once a tiny pastry shop has become a powerhouse leader in the confectionary sector. The Ferrero Group continued to have a strong global presence with over 45,000 people located across 55 countries. Actually, after visiting the Ferrero plant in Alba, we noticed that employees (who range in age) were genuinely happy to be there. Their loyalty was evident and they’ve responded with faithfulness throughout the years. Plus, there has never been a strike since Ferrero launched.

The fact is the Ferrero Group is a family-like community that have come together to launch a collective of products that will always remain in the memories of our generation, and future generations, too.