Zaha Hadid’s The Opus will open in Dubai this month 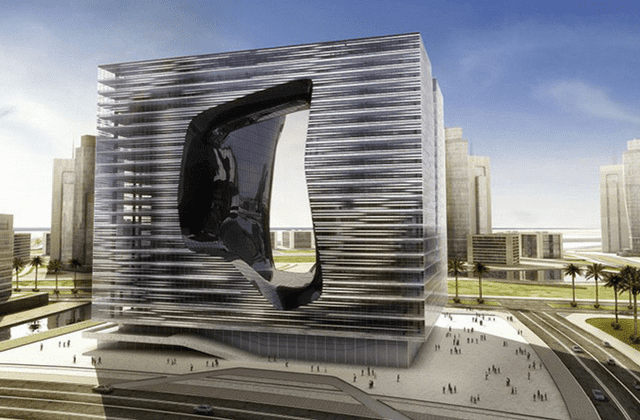 The late Zaha Hadid's first and only building in Dubai will open to the public this month. Buro 24/7 Middle East has the details...

Zaha Hadid was a revolutionary architect whose impeccable eye for design and detail can be seen around the world thanks to her works in London, China and Abu Dhabi. And now, Dubai is set to have its own piece of the late designer’s work with the opening of The Opus just around the corner.

The National announced today that the building will open to the public on January 15. It is the first and only building by the designer in the city and is located in Business Bay.

The building consists of two glass towers that are linked at ground level by a four-storey podium and 71-metres up the structure via a 40-metre long glass and steel bridge. In addition to office space, The Opus will also hold restaurants, a boutique hotel called ME Dubai by the Melia Group and a nightclub. Perhaps the most interesting aspect to the design is the huge asymmetric hole in the middle of the building — this will undoubtedly render it one of the most fascinating buildings in the emirate.

Now, discover what other openings are scheduled for the Middle East this year.