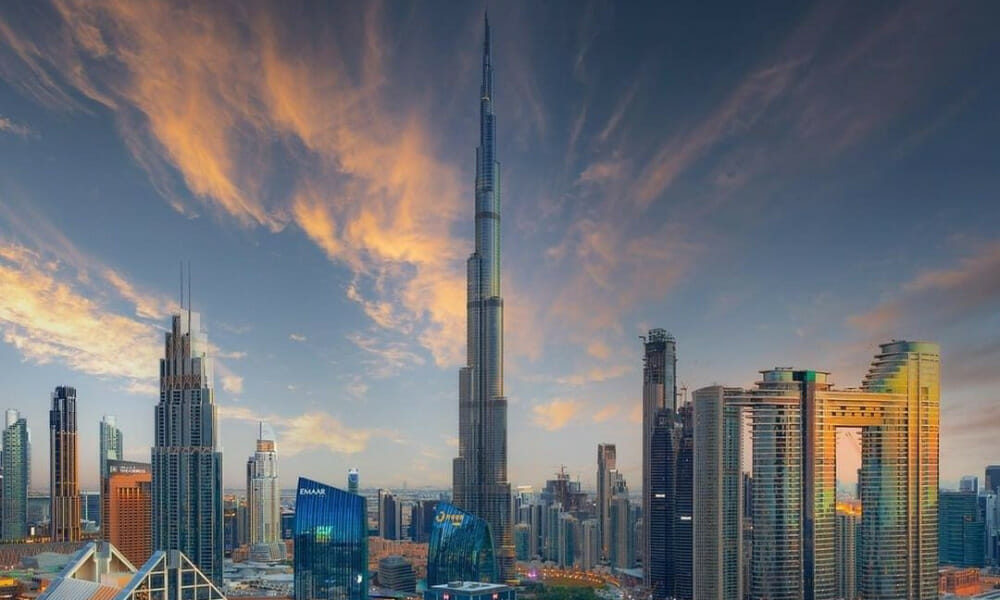 Dubai’s remarkable skyline isn’t complete without the Burj Khalifa. For 13 years, the architectural and engineering feat is a landmark that has broken several world-records including the tallest tower in the world – a staggering 828 meters tall soaring over Dubai.

Today, the Burj Khalifa celebrates being home to the highest observation deck in the world to hosting breathtaking laser shows, and the city wouldn’t be complete without it.

And in true Dubai fashion, the metropolis is set to break another world record as a new skyscraper is set to soar high alongside the Burj Khalifa.

Coming to town is the world’s tallest residential tower, Burj Binghatti – one of Dubai’s most-anticipated projects to be developed in 2023. First revealed in November 2022, details emerged that the tower will be located in Business Bay and will comprise of 100 storeys with two and three-bedroom residences.

“Today marks the significant partnership of two like-minded brands, both on an ever-striving pursuit of absolute elegance. Both our brands are born from the sheer desire to achieve what breaks boundaries. What Binghatti has done in real estate, by creating a brand through a distinct design philosophy and architectural identity is very similar to what Jacob & Co has done in the world of jewellery and horology,” said Muhammad Binghatti, CEO and Head of Architecture of Binghatti.

ALSO READ: BEYONCÉ TO MAKE A COMEBACK IN DUBAI – BUT, THERE’S A TWIST.