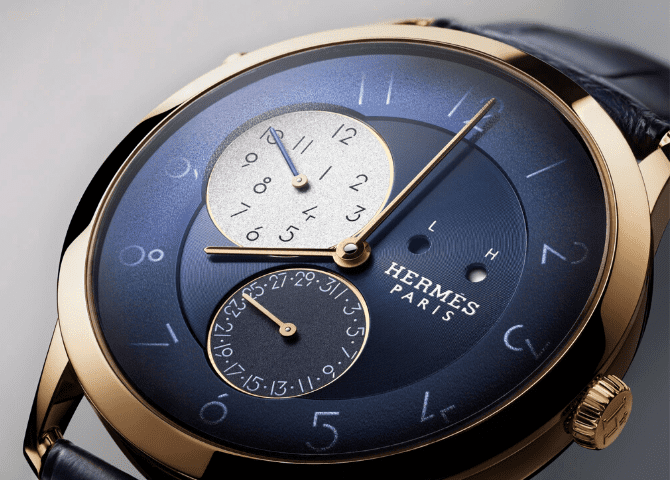 Watches & Wonders went public over the weekend, giving us insight into some of the newest (and high-end) timepieces on the market...

Watches & Wonders — formerly known as the Salon International de la Haute Horlogerie (SIHH) — was supposed to be the first under the brand’s new concept and now, has cancelled its 2020 edition slated for April 25-29 in Geneva due to the global pandemic.

However, the festival dedicated to all things horology is still virtually opening its doors to enthusiasts around the world. With high-end labels showcasing its latest novelties for the year, we’ve got a breakdown of the newest timepieces from Hermès Horloger.

Offering a unique vision of the Earth’s satellite, Hermès’ new Arceau L’heure de la lune features a simultaneous display of moon phases in both northern and southern hemispheres. Crafted with a Manufacture Hermès movement, the new timepieces comes with an Arceau case that has asymmetrical lugs, designed by Henri d’Origny in 1978. Made with meteorite stone, lacquered dials and Arabic numerals with a distinctive sloping font, the new Haute Horlogerie timepiece is fitted with a matt alligator strap in black, Havana or Veronese green, depending on the versions. 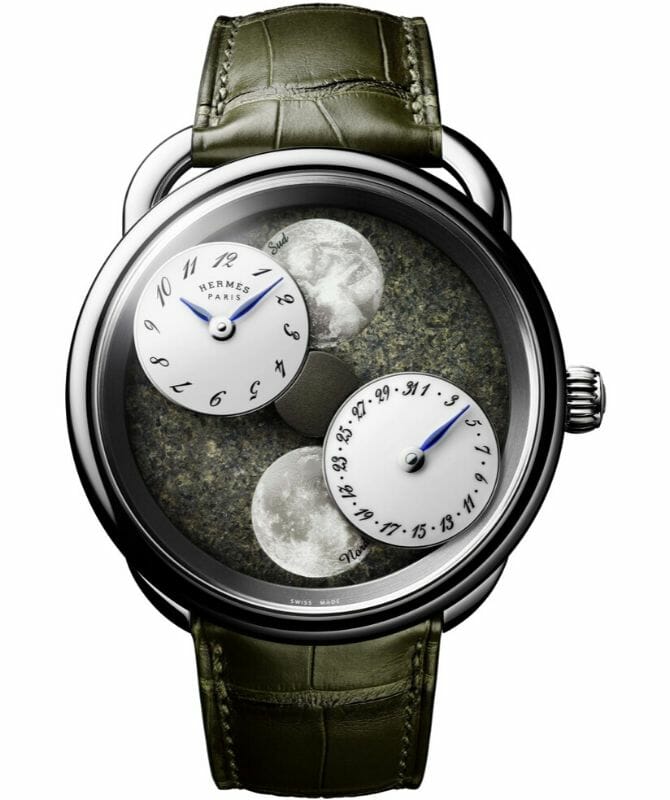 A luxury alternative for today’s globetrotter, the new Slim d’Hermès GMT is made with a rose gold case, a blue dial bearing a deliciously light font is revealed through a smoked glass and an ultra-thin Manufacture Hermès H1950 movement. Self-winding, water-resistant and anti-glare properties, the new timepiece is as elegant as it is essential to any enthusiast’s timepiece collection. 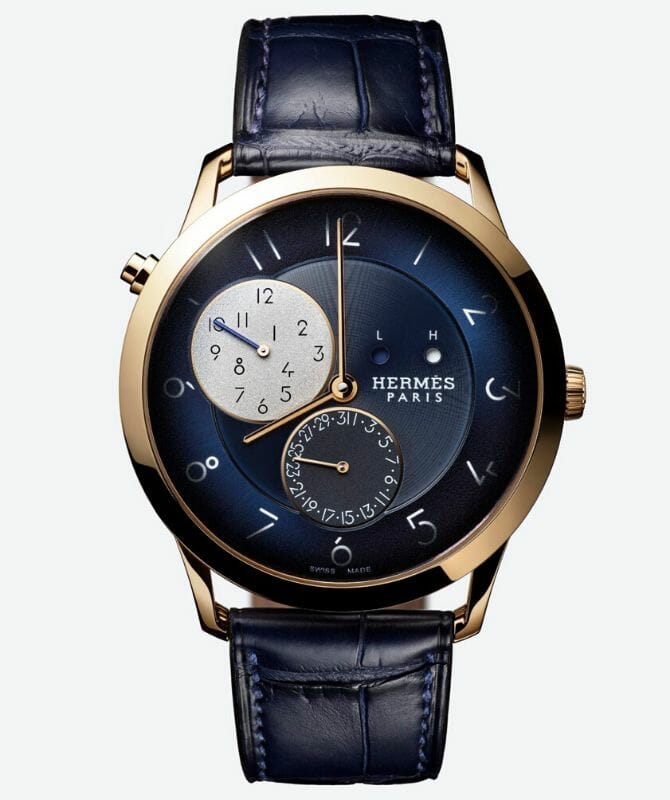 You can never go wrong with a sleek black timepiece and the new Arceau Squelette comes complete with a skeleton heart that appears beneath a smoked crystal, punctuated by openwork numerals. With an aerial display, powered by a mechanical self-winding movement, the new timepiece is complemented by a black alligator strap crafted by the artisans of Hermès Horloger. It’s completed with Silvered Arabic numerals, a gradient-shaded black sapphire dial and stunning openwork. 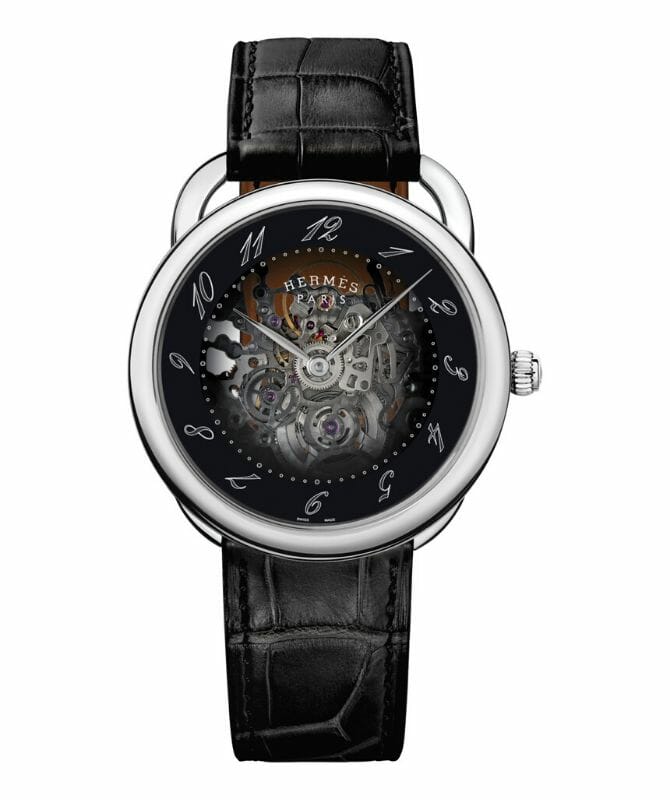 Perhaps our favourite timepiece from Hermès’ new novelties is the Arceau Chavel Cosmique — a work of art that includes a dial adorned with a silhouette of a horse and waves in engraved gold. Set against an aventurine or mother-of-pearl, and enamel background the timepiece is paired with an abyss blue or Chantilly alligator strap. Complete with a 50-hours power reserve, the stunning display comes in a numbered limited edition of 24. 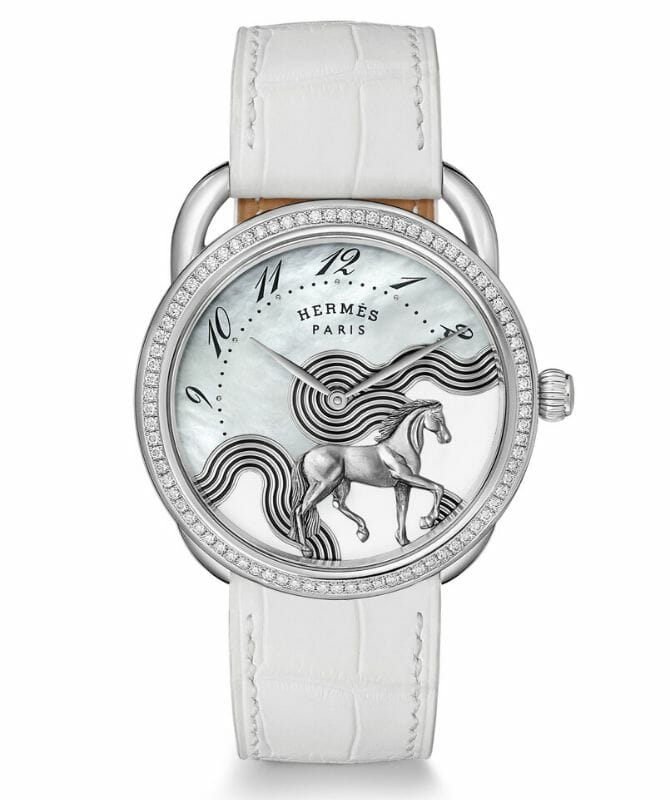 It’s been almost 30 years since the Cape Cod was born. The now-iconic timepiece which features a dial that is a square within a rectangle, is as boldly as it is a whimsical-like interpretation. Composed of two Chaîne d’ancre half-links, the famous motif created by Robert Dumas in 1938 and inspired by ships’ anchor chains, the new timepiece features an anti-glare sapphire crystal case, a shaded-black lacquered and hammered dial, as well as Swiss quartz. 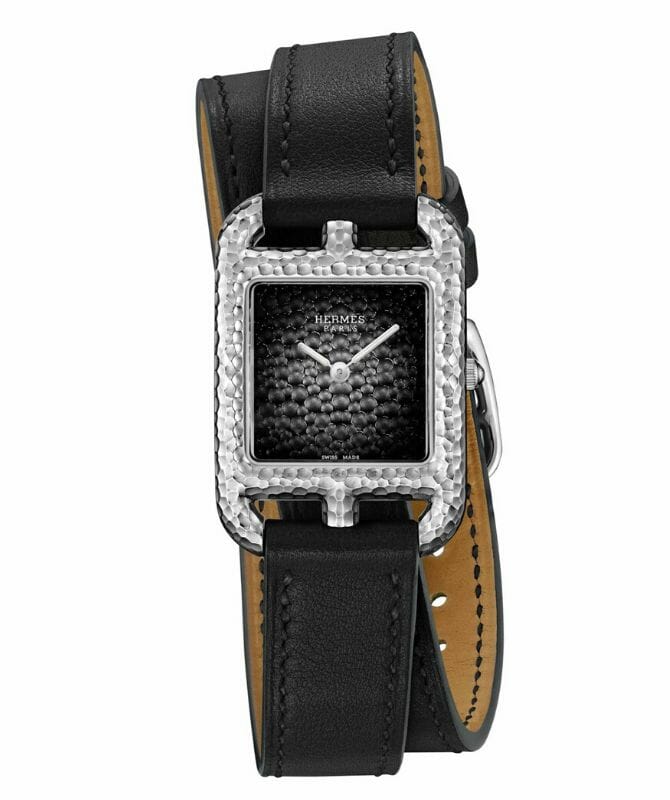 The new Nantucket Jeté de Chaîne d’Ancre timepiece is sprinkled with diamonds across its illuminated dial with asymmetrical gem-set links. The new Nantucket watch plays with the Anchor Chain motif imagined by Robert Dumas during a trip to the Normandy coast in 1938. Featuring a rhodium-plated and sand-blasted dial, the watch comes complete an anti-glare sapphire crystal case and several straps made with either alligator or calf straps. 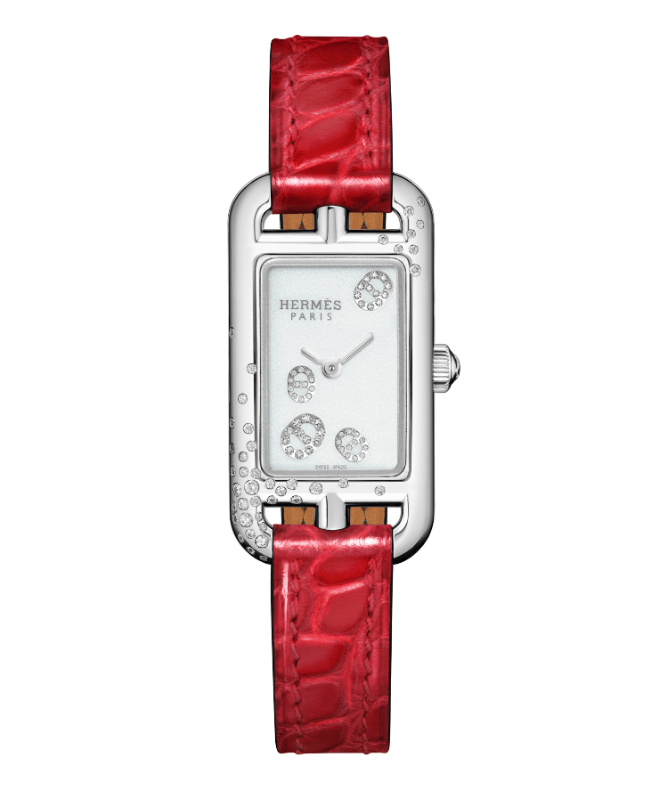