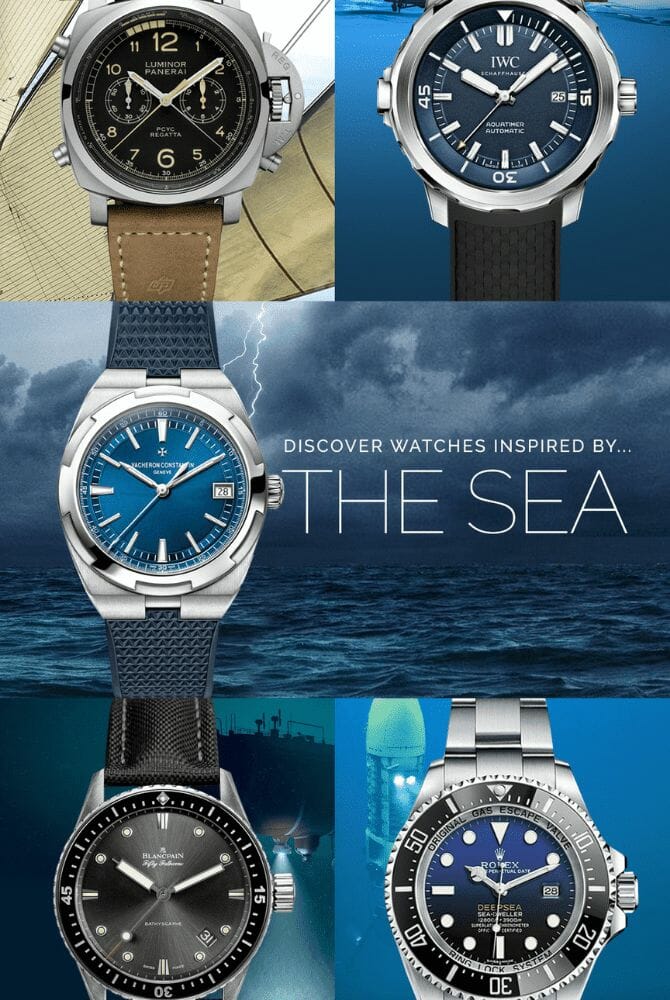 Watchbox rounds up a coveted edit of timepieces that have been inspired by the sea...

There’s no doubt that choosing a watch is comes with its challenges and can be overwhelming, especially since there are many things to consider. For example, you may prefer a Chronograph to assist you in timing races and events; or a smartwatch to connect your calls and keep up with your fitness goals. Each and every category is quite specific and at Watchbox (the online marketplace for luxury pre-owned watches), they’ve narrowed down an edit of dive watches inspired by the sea.

A trip down memory lane — dive watches have risen to popularity by the mid ’30s and boomed in the late ’50s courtesy of Blancpain and Rolex (amongst others). The timepieces became a mainstay in modern watchmaking and have an array of inspiration that fuel each and every design of a dive watch (think ocean-based conservation efforts, a special underwater location or mechanical inner workings to name a few).

Because of the inspiration related to more than just the open water, Watchbox is giving us a closer look at a list of timepieces inspired by the sea. From Rolex to Panerai and Vacheron Constantin to Blancpain, take a look at the sea-inspired edit below… 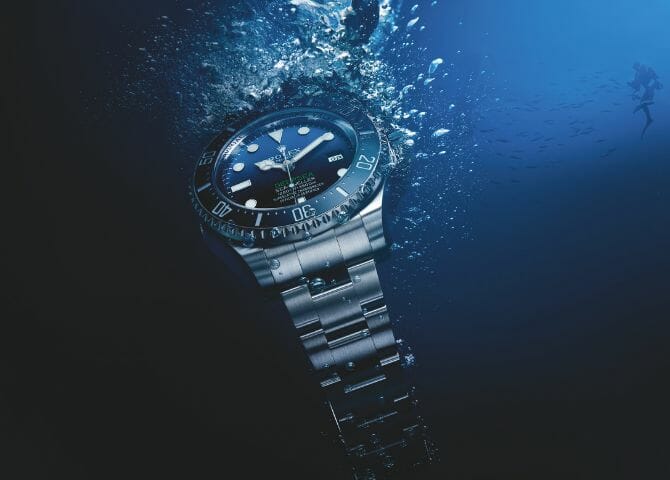 In 2014, Rolex revealed a seldom launch as a new watch outside the halls of Baselworld: introducing the Rolex Deepsea Sea-Dweller reference 116660, a timepiece that immediately struck a chord with collectors and still continues to remain a highly desirable and collectible timepiece. 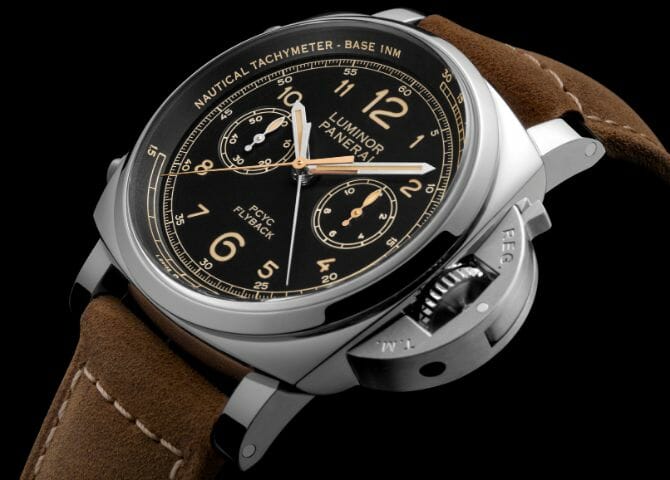 Panerai has always been present in the yachting world as it was title sponsor of the Panerai Classic Yacht Challenge for 13 years running. However, it was only until 2017 that the Italian luxury watch manufacturer released an entire line of watches which was unveiled to commemorate the occasion including the Panerai Luminor 1950 PCYC Regatta 3 Days Chrono Flyback Automatic Titanio (PAM 652). Considered to be the champion of the pack, the flyback chronograph comes with a regatta countdown feature which allows the wearer to back up the chronograph starting point on the fly to properly time the 5-minute countdown leading to the start of each race. 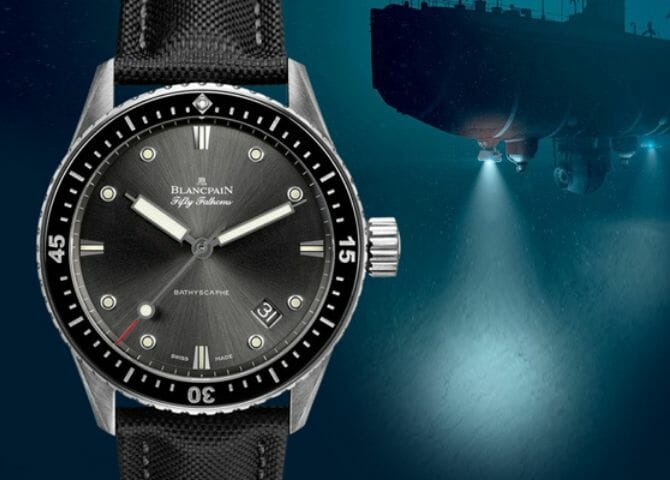 This timepiece is particularly special given the fact that the idea behind the Fifty Fathoms Bathyscaphe was to pay tribute to the first real modern dive watch (the Blancpain Fifty Fathoms) during its 60-year anniversary. It was launched in 2013 without simply crafting a reissue of the original. 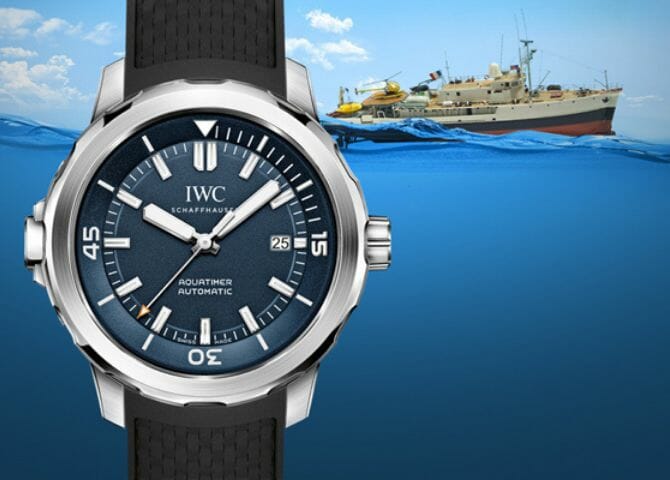 For 16 years, IWC has remained a supporter of the Cousteau Society (an organisation that aims and protects marine life for present and future generations), and because of their partnership, the watch brand revealed the first Aquatimer — the IWC Aquatimer Jacques Cousteau IW354806 — limiting it to 1953 pieces. Ever since then, IWC has reimagined special versions of the Aquatimer dedicated to supporting Cousteau’s marine preservation efforts. With the sale of each new piece, a portion of the proceeds of its sale go directly to the society. 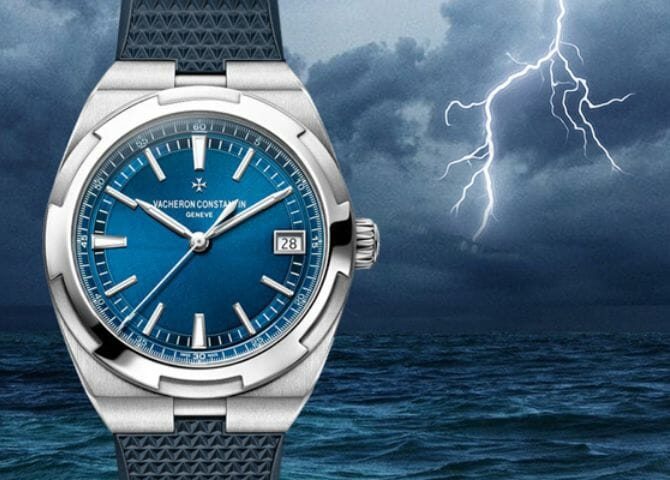 Vacheron Constantin’s timepiece is by no means a diver’s watch. However, the Overseas timepiece was created with the idea that you can still have a wearable and elegant smart watch that will easily accompany you on your travels (hence the name, overseas) or wherever your next waterborne adventure takes you. Over the years, the Overseas timepiece has been offered on a rubber strap (one of three strap/bracelet options offered with the watch when purchased), screw-down crown, and a water resistance of 15 Bar (roughly 150m).

In other watch news, discover the winners from the Grand Prix d’Horlogerie de Genève.