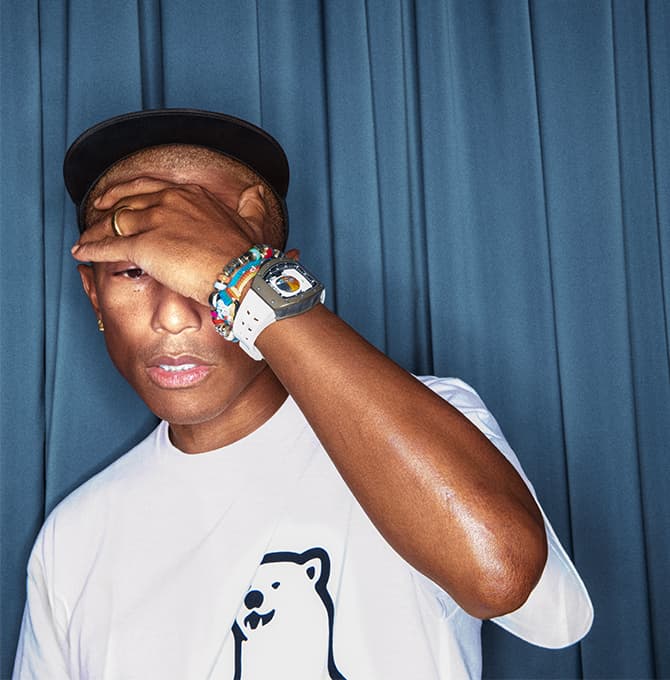 Pharrell Williams has officially teamed up with Richard Mille for a timepiece that is as coveted as it is captivating...

It’s pretty rare to find a collaboration that is set to take us to new heights but Richard Mille just took us there.

The Swiss luxury watch brand has teamed up with Pharrell Williams — a longtime supporter of the brand — and now, has finally received his own official signature watch that celebrates the singer’s passion for space and fascination with the cosmos.

Introducing the RM 52-05 Tourbillon watch. The new timepiece is as artistic and technically-challenged with its high-tech materials, craftsmanship and astronaut design where grade 5 titanium is met with white diamonds, black sapphires and 5N gold — decorating the space helmet takes 15 hours alone. 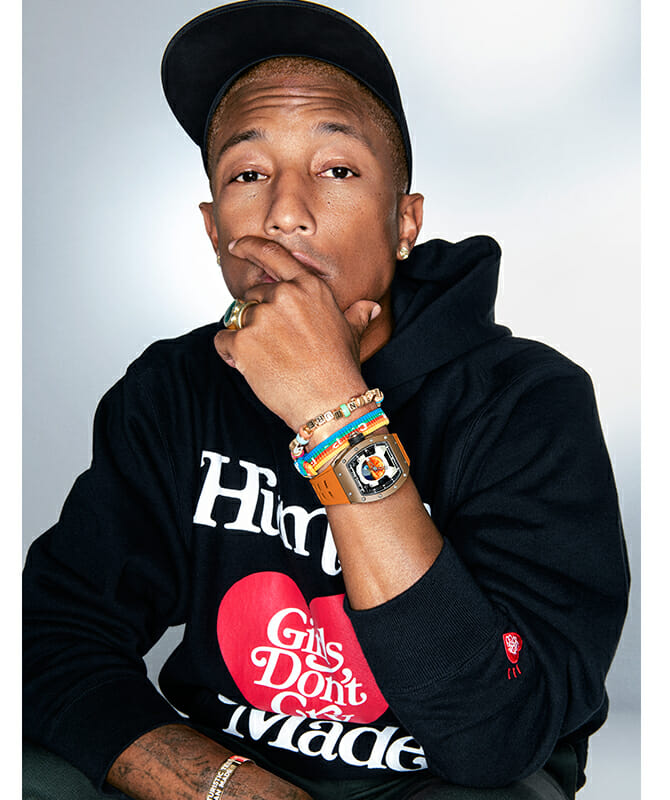 The timepiece comes powered by a Calibre RM 52-05 and it features a fast rotating barrel, a tourbillon, 50 meters of water resistance, 19 jewels, 42 hours of power reserve, and beats at 21,600 VPH. The artwork remains the statement of the timepiece as the functionality was kept minimal with only an hour and minutes display.

With its connection to the aerospace and aeronautics, the timepiece comes with a caseback made from Grade 5 titanium (the same materials used in that industry), as well as a dazzling blue aventurine glass that gives off the appearance of stars in the night sky courtesy of the inclusion of hexagonal copper crystals. 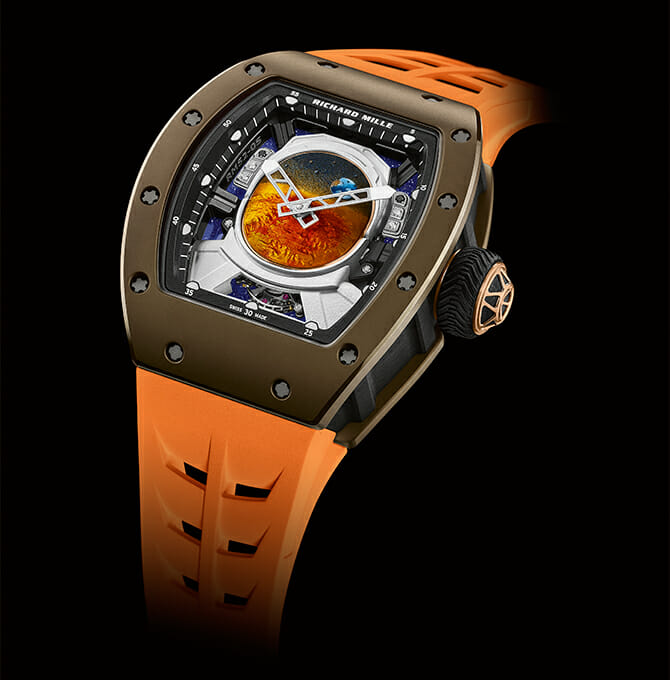 “I’ve always been fascinated by looking up at the sky. What could be more inspiring than all that ever was and all that ever will be?” said Williams. “Space, before your eyes. It’s yours to see. It was here before the Earth, before this Solar System. It’ll be here after us and nothing’s more meaningful than that.” 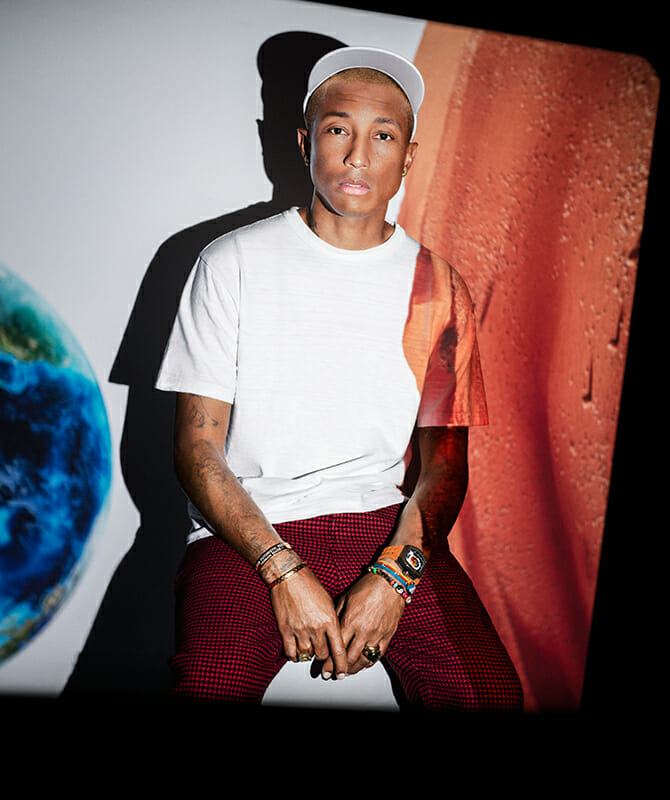