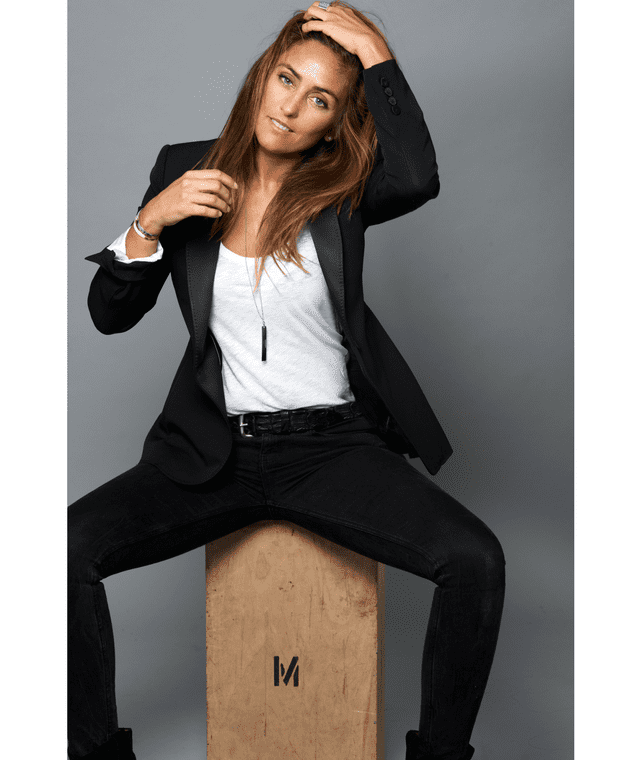 Jewellery lovers will already know the name, but those who don't yet are in for a sparkling surprise as Messika plans to open its doors at The Dubai Mall next month...

Follow any cool A-list celebrity on Instagram and you’re likely to have spotted them wearing a piece from Messika. The likes of Diane Kruger, Kaia Gerber, Zendaya, Natalia Vodianova, Beyoncé and countless more have been spotted wearing sparklers from Valerie Messika‘s namesake jewellery brand and now, the brand is making one of its biggest moves in the Middle East market yet with the opening of a brand new standalone store in The Dubai Mall’s extension.

Valerie is in town to celebrate the milestone, and we stole a few moments of her time to talk about what this market means to her — “I’m so emotional because we have such a great fan base,” she tells us of last night’s party held tonight in the brand’s honour — and how the brand has changed the perception of diamonds for daily wear since its launch.

Read our interview below…

You’re opening a store in the new extension in Dubai Mall — why was now the right time to open a standalone store?

We’ve been looking for two years and we knew it had to be the best and so that was Dubai Mall for us. We preferred to be patient, and it’s a good moment now because we’re having great success in the region, as well as in Doha (where we have a store in Villagio) and in Saudi Arabia.

What can consumers expect from the store when it opens?

It’s something special. There will be exclusive pieces that I have dedicated to the Dubai woman, a VIP area, a very big counter that I have designed for the first time that looks like a big Move bracelet, and also some surprises.

I have designed pieces for Ahmed Seddiqi & Sons [one of the brand’s regional stockists] and the royal family before but this is the first collection for consumers. It’s completely new and separate to what I’ve done previously.

How have you found the reaction from consumers to the brand in the region?

I hear that consumers are very excited about the store so that they can have the Messika experience. The store will give us the opportunity to treat the customer and take time with them to travel into the diamond area because we have diamond roots and so it’s important for us that our customers experience these big stones.

And is big diamonds a new focus? I know you started with smaller diamonds and are now branching into bigger ones — was this always the plan?

You’re right, when we launched we started with the core business of Messika which is having jewellery the same way you would a pair of shoes or handbag, which is more casual.  Once we opened our store on Saint-Honoré, I allowed myself to promote the high jewellery pieces. I have my workshop in Paris and I hired a lot of people to develop this area much more.

Kuwait is interesting because we have an amazing consumer there who loves Messika jewellery but we haven’t had a presence there previously so I don’t know how that happened!

Is this focus on big diamonds still in regards to high jewellery or will it entail a more casual approach?

Both. I think women today mix and match and that’s the strength of Messika.

Your father works in diamonds also. Did his work influence your career?

Very much! He allows me to have a lot of freedom to use diamonds as much as I want, which is the most important aspect of my brand.

I read that you once said that because you grew up around diamonds, you weren’t afraid to experiment with them when it came to your designs…

(Laughs) That’s true! I used to play with them with my dad. My dad is so passionate about his business that he would spend a lot of time explaining the qualities of the diamonds to me because he wanted to pass his legacy on.

Where are the diamonds sourced from?

What’s most important to you when it comes to design?

I am obsessed with fit. Haute couture is my inspiration, and the way it fits on the body. I strive to make the mounting disappear so I need it to look like it sticks on your skin.

Plus, the pieces are so lightweight. You don’t have to feel it and you can behave in a very natural way because you’re not worried about it.

You collaborated with Gigi Hadid last year for the 10-year anniversary of the Move collection — can we expect another one of these in the future?

I had Gigi in mind for a few years because she’s very warm, very much the-girl-next-door and our brand is something very close to people, even though it’s luxury. I saw her growing and the way she became a part of this new generation of models who had a voice. It was very interesting to me because we changed the diamonds [in the collaboration] slightly to speak with a new generation on Instagram. We had huge success with the younger generation after this. 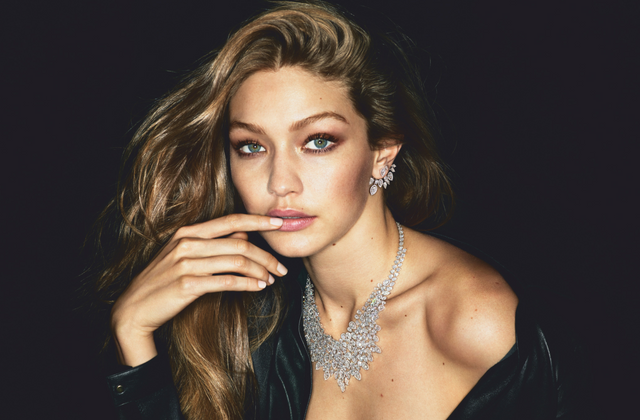 You’re right, yes. Everybody follows the way she dresses and the way she mixes and matches, so it’s very interesting to see how she styles jewellery. When I launched my brand, this is exactly what I was saying about diamonds, that they are cool and that they can be for everyday and worn by a younger clientele. They can be casual or for the red carpet, which she embodies.

When is the second collection launching?

Was the mix-and-match element, being able to layer and stack pieces, a key component of consideration when you started the brand?

Yes, it was always my vision to allow consumers to stack the pieces, not only with other Messika products but also with other brands. I remember my first time to the Middle East, I was so pleasantly shocked when I saw the local women in their abayas with a stack of bracelets from Van Cleef, Cartier and many more. It’s so cool. In Europe, we don’t have that.

I remember my first time to the Middle East, I was so pleasantly shocked when I saw the local women in their abayas with a stack of bracelets from Van Cleef, Cartier and many more. It’s so cool.

What is it about the brand that you think has resonated well with the Middle Eastern customer, in addition to the stacking?

The contemporary design. I used to have some pieces that were more arabesque and they didn’t like them in our collection. From us, they want something very minimalist, contemporary and modern. One woman from the Middle East said to me, “It seems as though you create jewellery for us,” and that was a huge compliment to me. She said, “It’s very addictive, we want to add, collect, mix and match and come back.” And I think that’s a big strength of Messika’s.

Will you offer custom-made pieces from The Dubai Mall store?

Yes, of course. We couldn’t do this previously without our own store but now we can take the time to customise pieces. We’ve always only customised rings, never necklaces — I’m not sure why that is.

And you offer a men’s collection also — when did that launch?

It’s been available for a year and a half so it’s still relatively new. It was a challenge for me to succeed in doing something for men with diamonds that was still masculine. I only work with diamonds in this brand so I tried to do something quite cool. The bracelets, for example, have a satin finish on the titanium and a polished finished on the sides so there’s a contrast. I think the collection will be a success here…

What else can we expect from the brand this year?

I’m always looking forward but not too much because it can be a little frightening (laughs). We have the Gigi collection, and we’re also focusing on opening a lot of stores, particularly in the Middle East. We’re expecting to open in Saudi Arabia and Kuwait. Kuwait is interesting because we have an amazing consumer there who loves Messika jewellery but we haven’t had a presence there previously so I don’t know how that happened! But I know they love jewellery  and new brands, so we will open there this year.