The Time of the Samurai
April 27, 2022
Meeran Mekkaoui 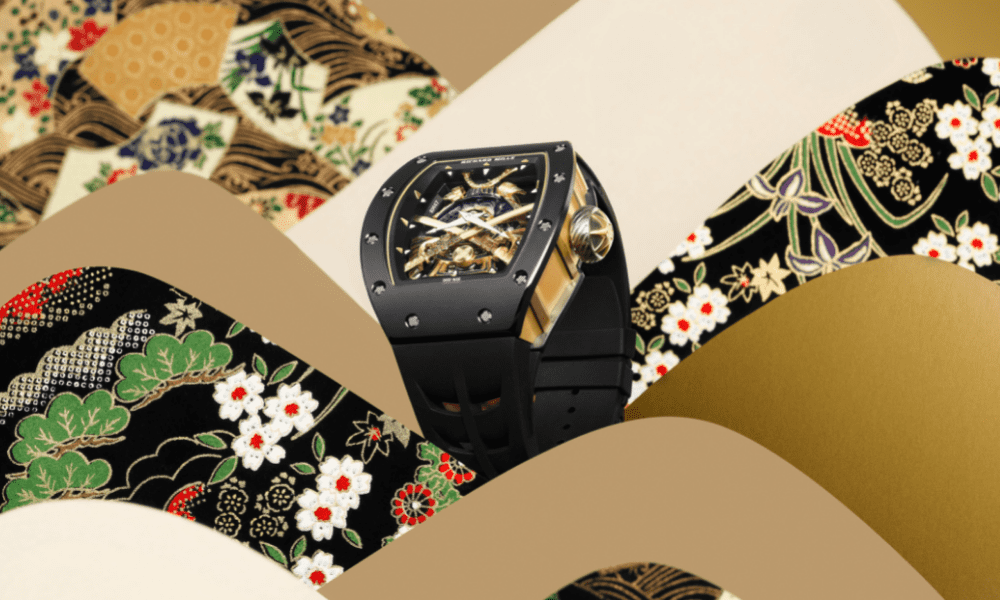 There’s no doubt that Richard Mille has long been feted for its craftsmanship and attention to detail. Watch enthusiasts from around the globe have applauded the Swiss brand’s signature tonneau-shaped (barrel) case, curved surfaces and robust movements, making Richard Mille one of the most admired watch brands across the globe. Its latest limited-edition timepiece is a testament to that – putting works of traditional craftsmanship, attention to detail and artwork at the forefront. Enter the RM47 Tourbillon.

After intense reflection and nearly four years of design work, Richard Mille has launched a timepiece inspired by Japanese culture. The idea was actually born from a previous conversation between Richard Mille and Formula1 world champion and brand partner Fernando Alonso, a passionate enthusiast of Japanese traditional arts and the Samurai principles.

This resulted in a limited-edition timepiece of 75 pieces, one that is an artful watch of a new kind, incorporating an extremely compact calibre and a stylised Samurai suit of armour entirely crafted by hand.

Without any creative limits, the timepiece’s Samurai armour (made in 3N yellow gold) highlights ancestral Japanese culture and was entirely hand-carved by the engraver Pierre-Alain Lozeron and painted by his wife Valérie Lozeron. It was the result of a 16-hour engraving session, followed by 9 hours of painting.

“Between sword and chisel, between the cutting edge of the blade and the incisions defined by the precision of the engraver’s technique, there are many parallels to evoke the similarities between the qualities of these warriors and those demanded by our artistic crafts,’ explains Pierre-Alain Lozeron.

Speaking of the technicalities the watch offers, it comes with a manual-winding calibre RM47 with hours and minutes, a baseplate and a skeletonised bridge made of grade 5 titanium (a biocompatible alloy often used in the aerospace industry) with a black PVD treatment, a case band in 3N yellow gold receiving a bezel and a caseback in black TZP ceramic.

With the combination of a magnificent samurai warrior in full traditional armour and the dazzling dial of a Richard Mille watch, it’s a timepiece that will undoubtedly turn heads.