Gem Dior in all its glory 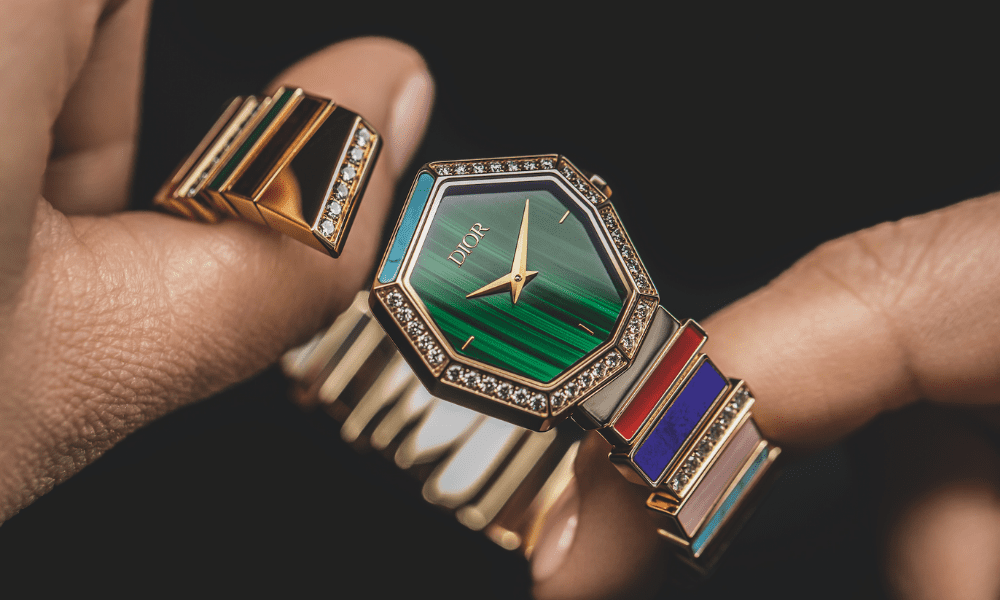 This new jewellery collection by Dior is a powerful punch of colour, abstraction and surprises...
.stk-post img { max-width: 100%; }

Over the course of two decades (22 years to be exact), Dior has offered a plethora of jewellery creations that continue to express the legacy that Christian Dior started himself. In 1999, Victoire de Castellane joined the maison to develop and launch Dior Joaillerie and ever since then, it has been a continuation of the sparkling story the Founder first imagined, offering a story of femininity, elegance and craftsmanship.

Her coveted role led to creating exceptional pieces that were inspired by the life and work of Christian Dior himself – whether it was his love for flowers or even the chairs Dior would use in his early shows – and her latest collection is a true testament to that.

Titled Gem Dior, Castellane looked at two things Monsieur Dior so loved: nature and couture, and crafted a colourful collection to coincide with her 20-year anniversary in 2019. Gem Dior (Gem being a play on ‘J’aime’, French for ‘I love’) made its debut with seven watches and eleven pieces of jewellery and now has expanded with additional timepieces and jewellery – driven by a powerful feminist vision.

In that spirit, nature played a part in the way the watch’s unique case was designed after the natural formations of minerals, whilst his love for couture was translated in the bracelets as Castellane looked at the way Dior would pin fabrics swatches from his haute couture shows onto sheets of paper.

Decorated with colourful gemstones and evoking whimsical stories, the Gem Dior collection comes beautifully constructed in a variety of dynamic shapes and colour formations, echoed through an irresistible range of jewellery and timepieces.

The jewellery pieces never fail to surprise as it comes crafted in yellow, rose and white gold complete with diamonds. The timepieces feature asymmetrical and clasp-less bracelets, whilst the hero of the collection – the Gem Dior watch – is made of strata of ornamental gems (think malachite, lapis lazuli, carnelian, pink opal, tiger’s eye) forming an intense splash of hues.

“I designed a collection of watches and jewellery that’s not figurative,” explains Victoire de Castellane. “The spirit of this collection is modern, it’s a style that I would describe as abstract-organic, an organized disruption that turned out to be a true technical challenge for our ateliers.”