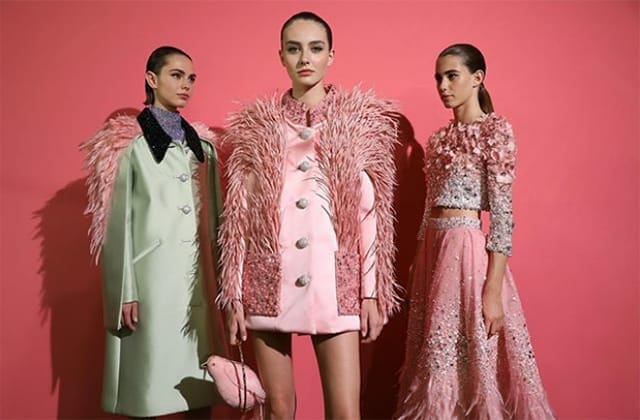 Paris Haute Couture Fashion Week is usually a spectacle of beautiful creations presented on the runway, and this season, it was dominated by regional designers no less...

Even though there’s been an ongoing heat wave in Europe, that didn’t stop designers from bringing the heat to the runway during Paris Haute Couture Fashion Week.

Day one saw a jam-packed schedule by some of the most anticipated labels (think Schiaparelli, Dior, Giambattista Valli and Iris Van Herpen) but also, from renowned Middle Eastern names.

From over-the-top, swoon-worthy gowns to the most beautiful hand-sewn silhouettes, we’re tracking down the best (and breathtaking) runway looks by some of our favourite regional designers who presented their Fall/Winter ’19 couture looks on day one.

The runway lit up with a kaleidoscopic palette during Georges Hobeika’s couture show yesterday. The collection, titled Birds of Paradise, featured the Lebanese designer’s visionary imagination that came in the form of red carpet-worthy dresses and statement-ready silhouettes. The couture show saw models dripping in sequins, floating in feathers and oozing with beautiful organza pieces. 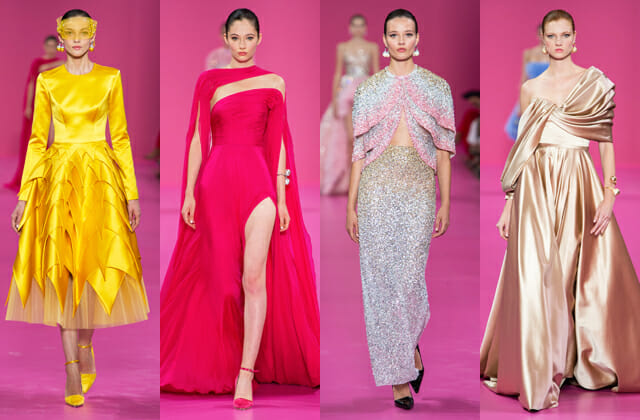 The mood at the Maison Rabih Kayrouz show was a celebratory one as the Lebanese designer celebrated 20 years of being a couture designer (and 10 for being a Paris couturier). The collection followed the maison’s traditional notion that clothes should see a play between construction and patterns – and it certainly did with billowing shirt sleeves, elaborate dresses and relaxed suits complete in graphic forms and a vibrant, yellow sun print. Also, all ages were represented on the runway *clapping*. 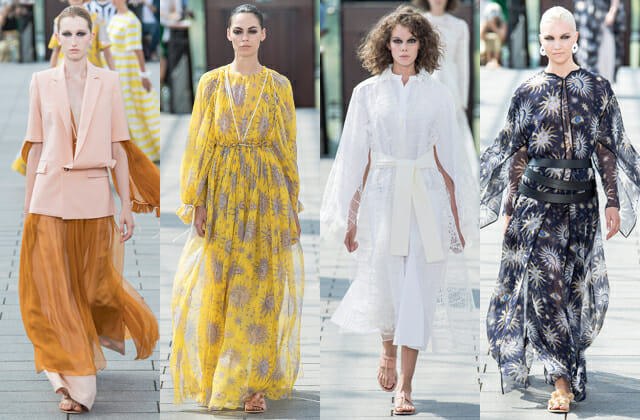 Lebanese-Italian designer Tony Ward presented a vibrant and eclectic haute couture collection that we’re just eager to get our hands on for our next formal event. Titled Blossoming Fibres, the collection was beautifully put together with creative thought, rich fabrics and tailored construction. 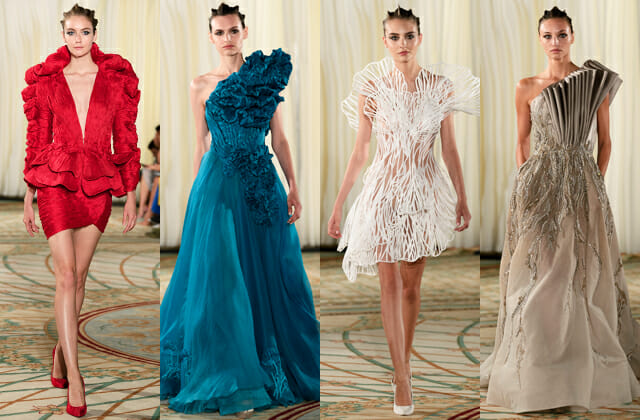 Now, take a look at the best street style spotted on day one of Paris Haute Couture Fashion Week.