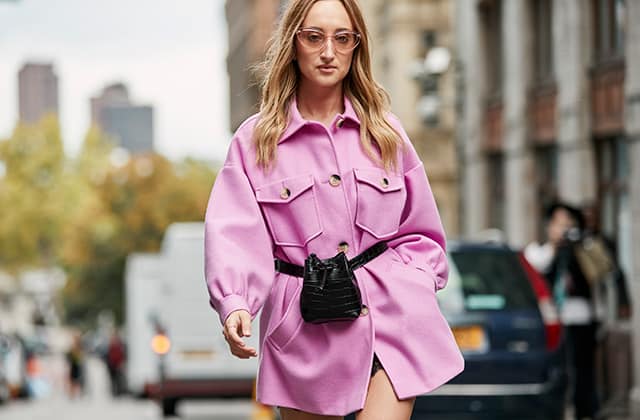 The fash pack officially arrived in London for Fashion Week over the weekend, and they did so in statement-worthy styles...

It may only be the start of London Fashion Week but the first two days have already seen a plethora of street style gurus roaming the streets of the country’s capital.

On site to witness the unveiling of Spring/Summer ’19 collections by established brands and renowned designers including Alexa Chung (who finally made her LFW debut), Osman, Halpern, J.W. Anderson, Temperley London and Mary Katrantzou, fashion show-goers were spotted dressed to impress in some noteworthy ensembles.

Although there was no rainfall like New York Fashion Week (not yet at least), the chilly autumnal weather has still descended in London leaving the fash pack dressed in long-sleeved, printed dresses, oversized blazers, tulle skirts, baggy knitwear, trench coats and statement outerwear. Some of the ensembles were paired with achingly cool boots, miniature handbags, beret hats and cool accessories.

See the best of our street style round-up here…

Now, take a look at some of the street styles that took over New York Fashion Week.