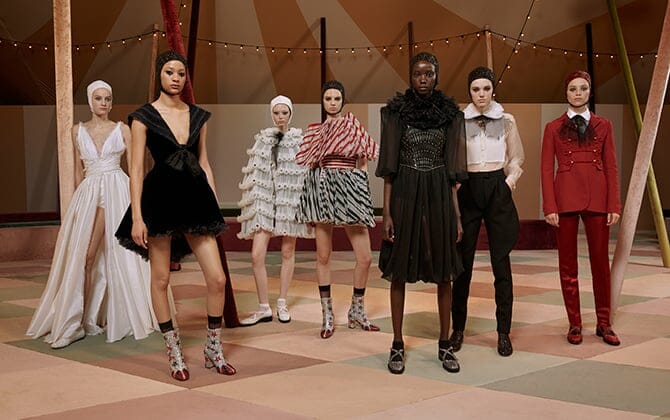 Day one of Paris Haute Couture Fashion Week kicked off on a high note...

The fash pack has officially arrived in Paris haute couture. And it looks like it’s going to be one of the best schedules yet — not least because there are some regional names on the calendar including Maison Rabih Kayrouz. 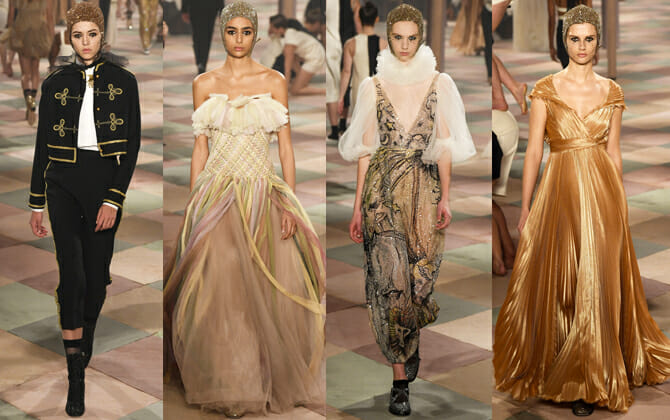 What you need to know: Maria Grazia Chiuri delivered another dreamy show for Dior on the first day of couture. For their Dior Dream Parade, otherwise also known as the Circus Haute Dior, Chiuri released her best collection to date with beautiful gowns gracing the runway, tailcoats referencing the circus’ ringmaster, tailored trousers, sequinned jumpsuits and stylish tops with billowing sleeves.

Catwalk craze: The Dior catwalk wasn’t only brimming with the maison’s most famous names (including Moroccan-Brit model Nora Attal) but it also featured performing acrobats. They did some pretty nifty stunts, tumbles and towers as the models weaved between them. Production value, oh-so-high. 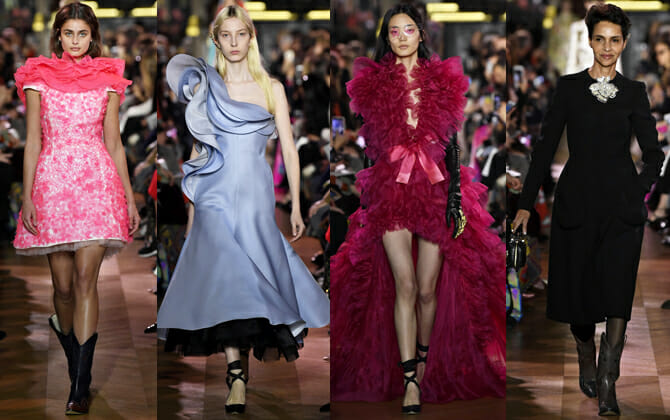 What you need to know: Schiaparelli took its expertise to a whole new level with even more tulle, sequins and sparkling details. For Spring/Summer ’19, Bertrand Guyon explored Elsa Schiaparelli’s admiration of astrology and translated those influences through headpieces, embroidery and new shapes including the hourglass peplum jackets.

Model line-up: Whilst the runway consisted of millennials and models including Lily McMenamy, there was one face that particularly stood out. Farida Khelfa, the French-Algerian actress, made a return to the runway for Schiaparelli, two years after she stepped down from her role as brand ambassador. 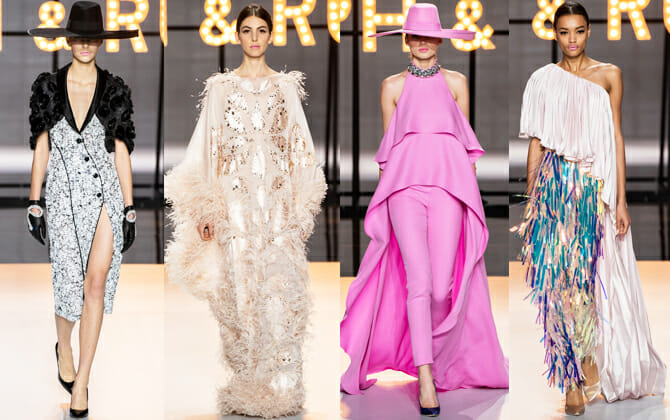 What you need to know: Even though this season’s collection was feistier than ever, it still showcased the brand’s strong feminine identity. Referencing Latin America and the bold persona of María Félix, the collection came out in full force with saturated tones, voluminous silhouettes, glamour and sequins.

Wishlist-worthy: We’ll take any one of those colourful brimmed hats, please. 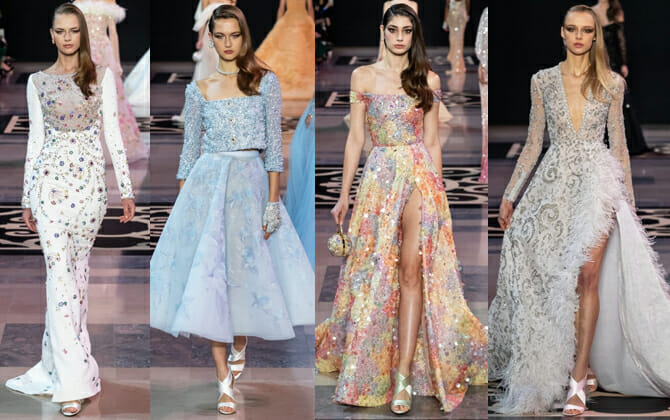 What you need to know: The Lebanese designer continues to evoke his timeless aesthetic. We saw a lot of Marie Antoinette references coming through in the dazzling, red carpet-worthy gowns which weren’t short of sparkle…

Arm candy: It wasn’t just the dresses that took centre stage, the accessories stood out, too. From statement pearl necklaces and earrings to bedazzled gloves and beautiful clutches, Hobeika is thinking head-to-toe.