On the runway: The top F/W’18 trends spotted at NYFW

Here are some of the things trending this season...
February 16, 2018
Meeran Mekkaoui 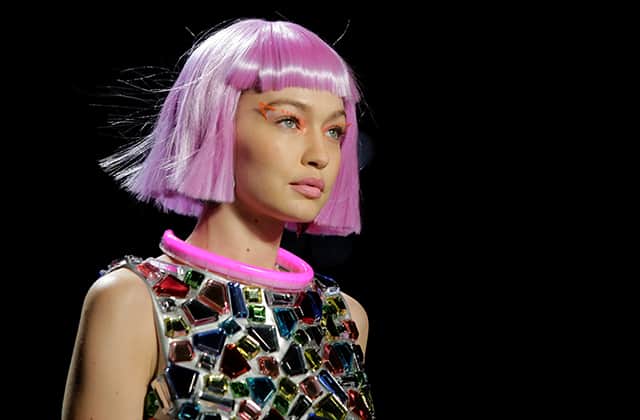 As we bid farewell to New York Fashion Week, we take a look back at some of the trends seen on this year's catwalks in the Big Apple...

On and off the runway at New York Fashion Week, we’ve seen a plethora of achingly cool styles to add to our wish lists (boxy blazers and colourful coats, for exmaple). However, there were three key trends that emerged from this NYFW that are going to be everywhere next season. Get ahead of the curve by discovering them below…

Last year was a strong year for colours. We saw the boom of millennial pink and Pantone’s ultraviolet hue ruling the catwalks last season and now, it’s a strong fuchsia hue that’s one of the it colours of the Fall/Winter ’18 season. 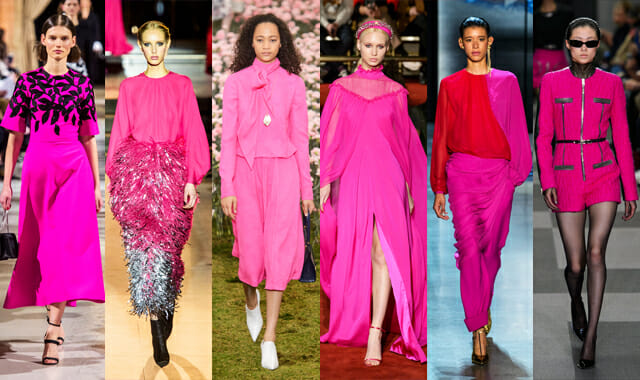 One day three of NYFW, we noticed that a lot of the street style stars were sporting canary yellow and yellow continued to be under the spotlight thanks to its presence in several of the week’s shows. Whether in a mustard tone as seen on model-of-the-moment Kaia Gerber at Anna Sui, a slightly burnt yellow like at Bottega Veneta‘s show (who opted for Manhattan instead of Milan this season) or Calvin Klein‘s hi-vis inspired ski-ready jacket, this shade will be the brightest choice in your autumnal wardrobes. 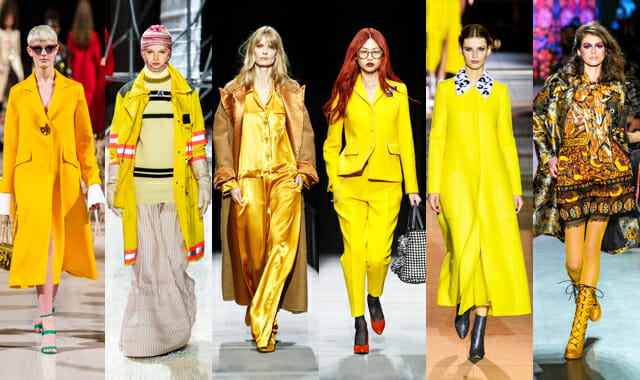 Emerald green was spotted on the runways at Anna Sui, Coach, Carolina Herrera, Self Portrait and Christian Siriano and it definitely turned front row heads. Pair the hue with a black coat and oversized hat, or use it to punctuate a full monochromatic look and you’ll be sure to make a statement this season. 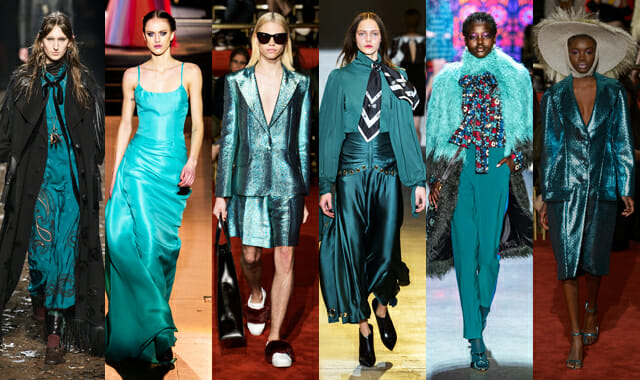 It was all about prints during the F/W’18 collections, and plaid is a clear favourite this season.

Captured on the runways of Dion Lee, Gabriela Hearst, Self Portrait, Anna Sui and Zimmermann, the luxury labels created a series of ensembles that featured the print in a slew of different styles and colours. 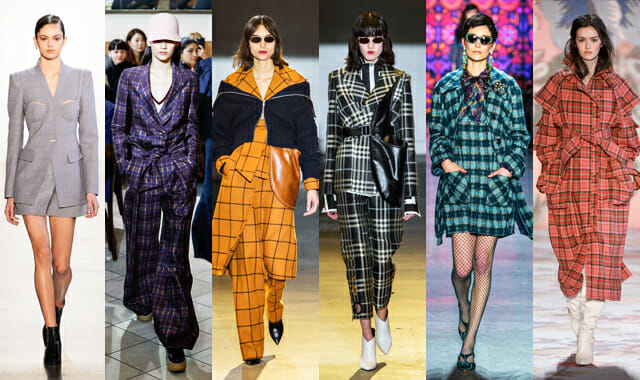 There was definite flower power happening on the runways but the best results were when Oscar de la Renta, Zimmermann, Prabal Gurung and Brock Collection plastered the print on muted chiffon dresses, sleek pantsuits and modest wear. 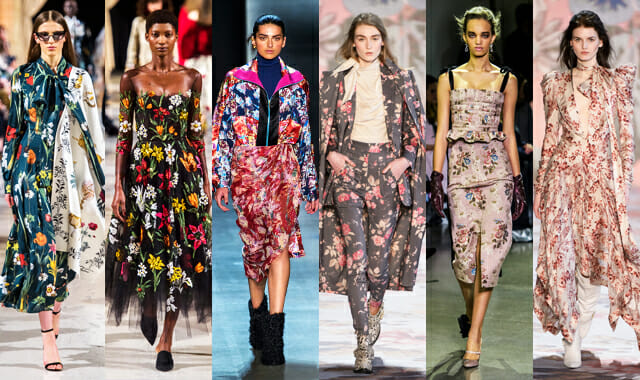 Animal prints have always had a long fashion history but during NYFW, we saw designers take the print to the extreme. Several designers reworked the classic in the form of long overcoats and fitted dresses, whilst Tom Ford adorned everything from handbags to stockings and ready-to-wear with the print in a bright neon finish. 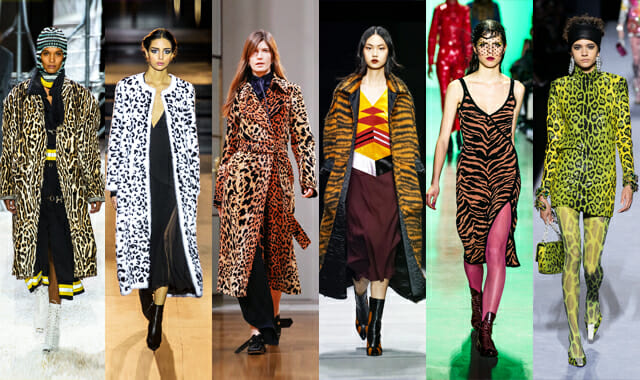 Two of the biggest trends of the season regularly featured side by side on the Fall runways —equestrian and bohemian. There were tassels, soft ruffles, big leather waist belts and retro-esque prints in abundance on clothing, whilst footwear was both practical and pretty. Giddy up… 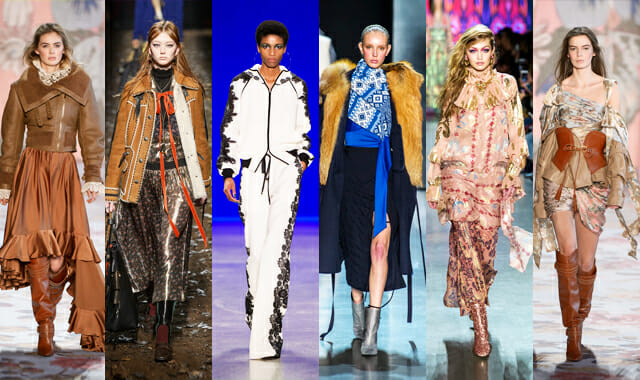 Attention! There was a host of khaki green hues, soft greys and strong accents that carried  a new direction for the classic military theme. Whilst this season’s offerings were slightly more subtle, military-inspired ensembles were spotted at Dion Lee, Oscar de la Renta, Ulla Johnson and Victoria Beckham. 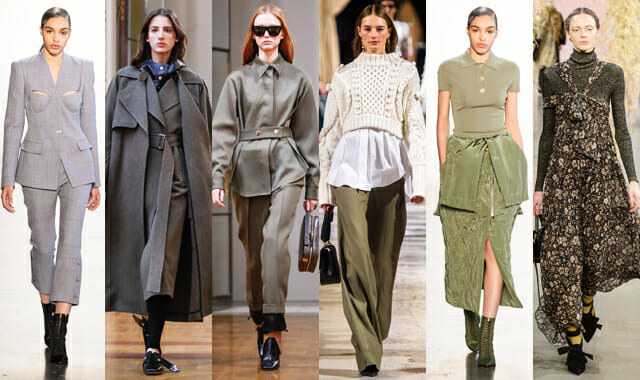 Now, take a look at all of the coveted collections showcased during New York Fashion Week.