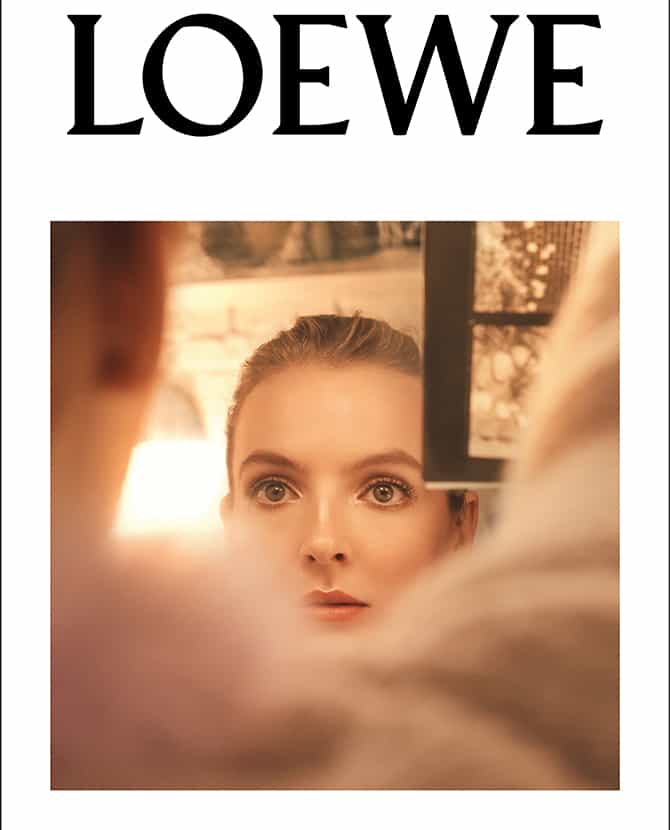 Loewe is kicking off day four of Paris Fashion Week and in case you're not in Paris for the show, we've got you covered...

Ahead of Jonathan Anderson‘s upcoming Spring/Summer 2020 showcase for Loewe, the Creative Director revealed a stunning celebrity-filled campaign that celebrates the new collection.

In line with the runway show (set to take place tomorrow morning), the campaign features Emmy and BAFTA-winning actress, Jodie Comer — well, you might know her as the Russian assassin Villanelle in the BBC series, Killing Eve — as she fronts the new seasonal collection.

Captured through the lens of Steven Meisel, the campaign revealed what to expect from the upcoming collection — think feminine, accentuated and accessory-heavy with the introduction of new Lazo handbags.

“Jonathan and his work are so incredibly distinctive”, said Comer. “It’s inspiring to work alongside someone who pushes boundaries and creates in the way that he does. I feel the Spring/Summer 2020 collection really accentuates and celebrates femininity, which is a complete reflection of my experience shooting the campaign. To have had the opportunity to work with Steven Meisel and to have been supported and encouraged in the way that I was, is something I am extremely grateful for and will never forget.”

The showcase will take place at 11:30am (local time) on September 27. You can catch all the action here…

Then, take a look at some of our favourite looks from day one of Paris Fashion Week.