These shows kicked off the week in style
February 18, 2018
Maddison Glendinning 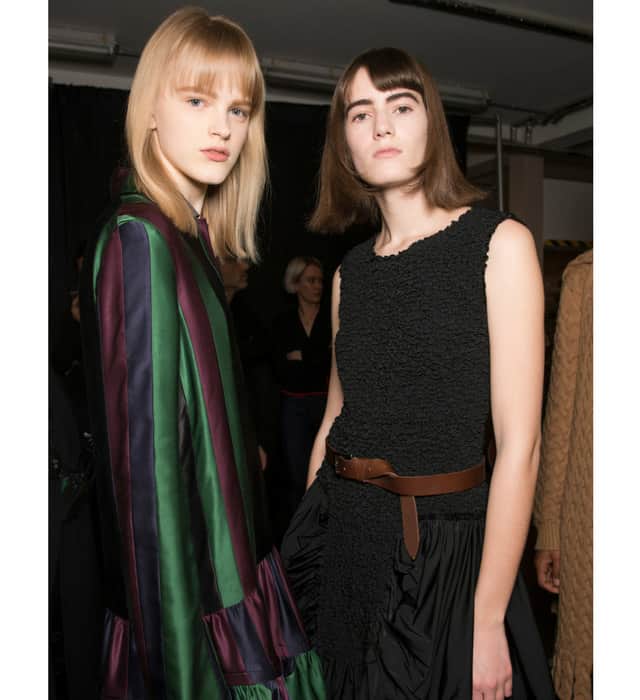 London Fashion Week is finally underway and these shows ensured the week started off in style...

Fresh from the men’s and womenswear shows in New York, the fash pack is now Britain-based for the Fall/Winter 2018 season of London Fashion Week.

Day one and two saw plenty of noteworthy names present their newest collections. Here’s who caught our eye… 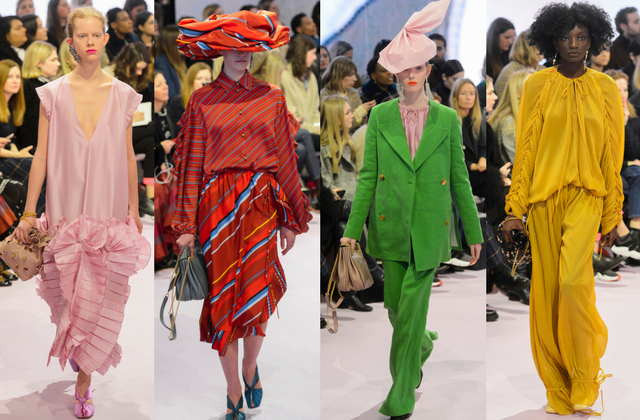 What you need to know: As with a lot of presentations this season, Johnny Coca, Mulberry’s Creative Director, decorated the space at Spencer House with flowers and greenery to accentuate a collection brimming with all colours of the rainbow. The show was the brand’s first see-now, buy-now presentation meaning the creations on the runway were for the S/S ’18 season. As such, Saturday-lunch-in-the-sunshine ready midi dresses sat alongside louche separates and light layering.

What you might have missed: It was fitting that so many wedding-worthy hats made their way down the runway given that it was staged at Spencer House, Princess Diana’s ancestral London home. 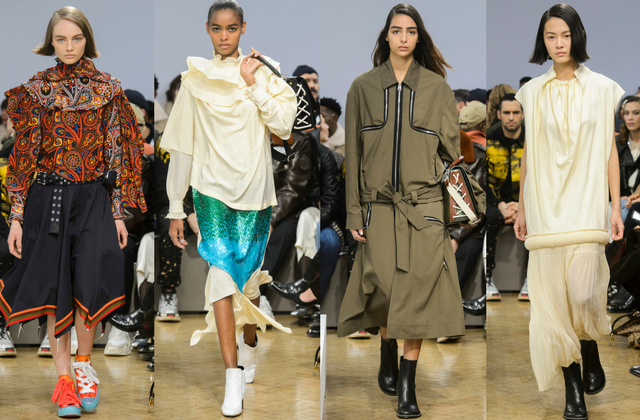 What you need to know: As with all of his collections, JW Anderson’s Fall 2018 pieces were entirely wearable. Imbued with cool-girl appeal via layering and directional silhouettes, the pieces were practical without being boring, and fashionable without exaggeration. Handkerchief-hem skirts sat alongside midi dresses and skirts with utilitarian inspirations in a colour palette largely made up of khaki green, cream and black.

Worth noting: The Fall presentation from JW Anderson was the brand’s first co-ed show. On combining the shows, the designer said, “I wanted to reconfigure the entire way we do things. It doesn’t make sense to develop small collections. It’s time to pare back and start again.” 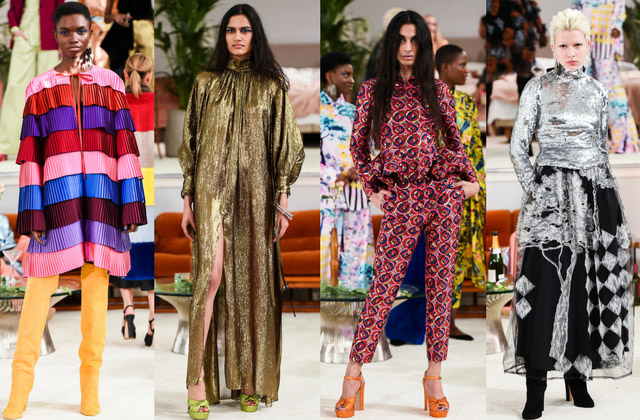 What you need to know: Osman’s collections continuously celebrate females and this season was no different. There was a distinct Eighties-vibe (a prevailing theme for the F/W ’18 season) with lamé tops, sequinned separates and statement sleeves appearing on the runway. Modest silhouettes reigned supreme, too, with knee-skimming lengths and high-neck silhouettes aplenty finished in prints, poppy hues and high-shine materials.

Instagram-worthy moment: The idea of the runway show was that it was being shown at a house party. As such, music blared through the venue whilst models enjoyed a joyful dance down the runway. 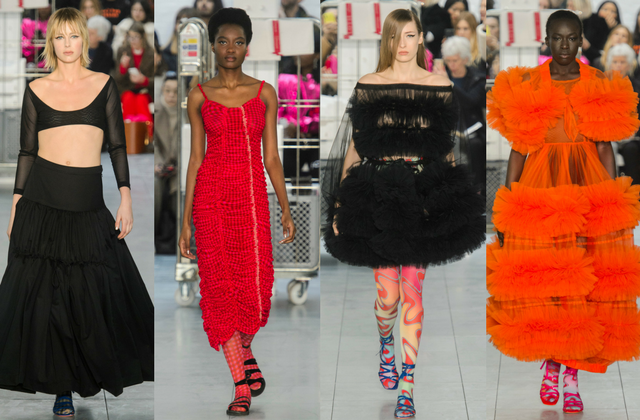 What you need to know: Known for her voluminous silhouettes, Molly Goddard delivered another standout collection for F/W ’18. A neon orange dress made from ruffled tulle is certain to pop up on a red carpet soon (worn by only the boldest of fashionistas — Rihanna, we’re looking at you), and the black frou-frou mini, worn with psychedelic leggings, won’t be far behind. Elsewhere in the collection were party-ready separates, made for women who like to have fun, as well as everyday-wear midi dresses and skirts in gingham and taffeta. 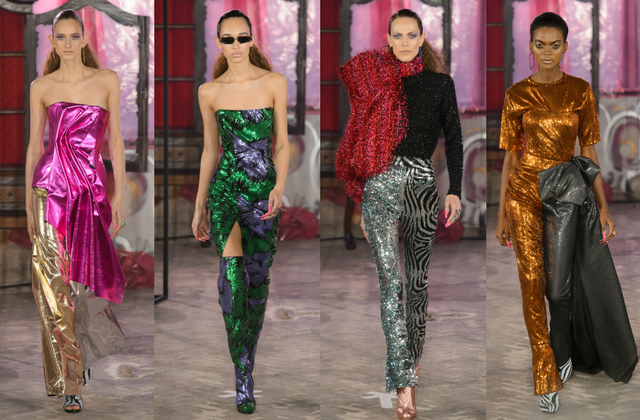 What you need to know: Having recently landed in Harvey Nichols Dubai, Halpern is increasingly broadening its sphere of influence across the globe. Designer Michael Halpern’s latest collection featured the brand’s signature aesthetic — sequins, in all colours of the rainbow on just about any silhouette. Plus, Eighties-inspired silhouettes once again reigned supreme with balloon-sleeves, one-shoulder dresses and power shoulders given the Halpern touch. 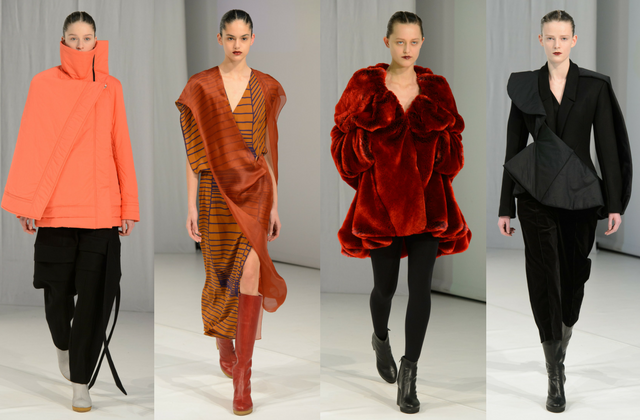 What you need to know: Hussein Chalayan is a man who knows how to dress women. His new season collection was filled with figure-skimming cuts that sat just so to create a beautiful silhouette. Cuts were modest yet modern, with suiting given a stylish spin thanks to draping and expertly placed ruffle detailing. Outerwear was a key focus too, with the salmon puffer jacket certain to be a street style staple next season.

Key item: The faux fur red jacket has gone right to the top of our must-have list for next season.

Now, see the best street style looks from the opening weekend of LFW.