The designer said goodbye to Burberry with a collection that celebrated the past, present and future
February 18, 2018
Meeran Mekkaoui 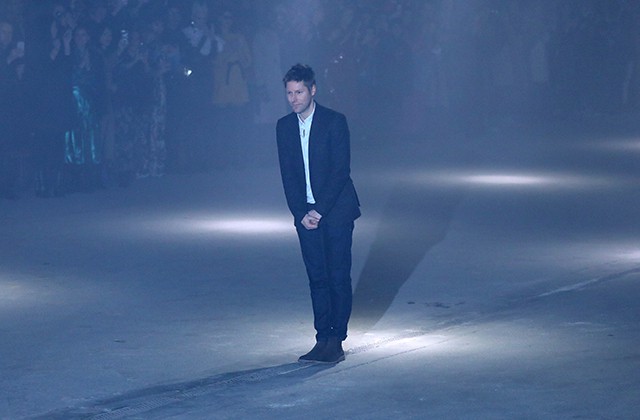 Over the weekend, Christopher Bailey took his final bow during LFW and the show was an exceptional way to exit his post at Burberry...

Christopher Bailey, the man who has transformed Burberry into the global British luxury fashion house that it is today, has officially stepped down from his role as President and Chief Creative Officer after 17 successful years.

Whilst the news of Bailey’s exit was announced last October, it was the brand’s February ’18 show at the Dimco Buildings during London Fashion Week where the designer said his goodbyes to the brand.

The seasonal collection came out in full force with ensembles portraying the theme of time. The collection featured pieces made with traditional techniques, a patchwork of signature elements and layered and exaggerated pieces. There was also a variety of prints on display, including garden florals, graffiti, tie-dye, camouflage, hearts and checkers juxtaposed against a full spectrum of hues.

On the accessories front (the brand’s handbags are always on our wish lists), Burberry introduced three new handbags this season: The Link, the Belt Bag and the Grommet detail sac in a new oversized shape.

Browse through the February ’18 collection here…

Following the brand’s see-now, buy-now movement, the collection is now available for pre-order on Burberry’s website for two weeks only. Also, a selection of archival pieces is also available to purchase, thanks to Burberry’s partnership with Farfetch.

The new global partnership launched a ‘Show to Door’ service, offering an around-the-clock London delivery service for 24 hours after the show (there’s still a few hours left!) for the new collection, as well as exclusive pieces.

Farfetch wasn’t the only company Burberry partnered with for Bailey’s last show. The designer worked with United Visual Artists (UVA) on a reimagining of its work ‘Our Time’, to serve as the backdrop of his last runway show. 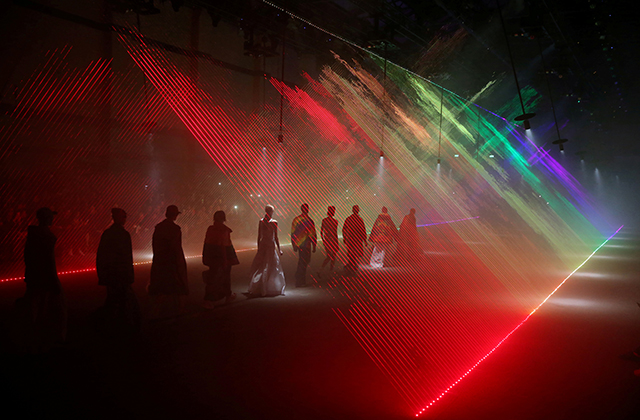 Take a look at the best of the arrivals here…

It is not yet known what Bailey will do next (or who will replace him at Burberry), however we wish him the best of luck!

Now, take a look at how Meghan Markle styled her Burberry coat on her and Prince Harry’s official tour of Scotland.