Day one: The best street style looks from Pitti Uomo 2018 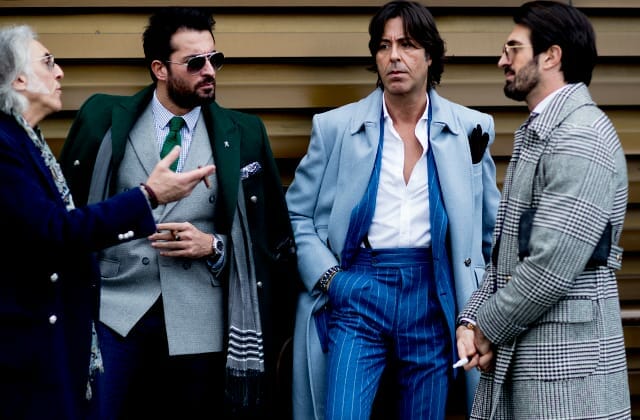 The fash pack has jetted to Florence for Pitti Uomo 93 and the street style has already been on-point. See it here first...

Pitti Uomo is considered to be one of the leading fashion fairs for menswear, accessories and emerging designers, and it officially kicked off overnight. Now in its 93rd edition, the fair has drawn the fash pack (who were just in the UK for London for Men’s Fashion Week) to the streets of Florence.

This year’s schedule is filled with a plethora of exciting events including a Gucci Garden party, an anniversary event for Brooks Brothers and a joint show by Japanese designers Takahiro Miyashita and Undercover’s Jun Takahashi — who previously collaborated with Nike on a winter collection.

Now, browse through the best of the red carpet arrivals from this year’s Golden Globes.