This is not a drill
June 14, 2018
Maddison Glendinning 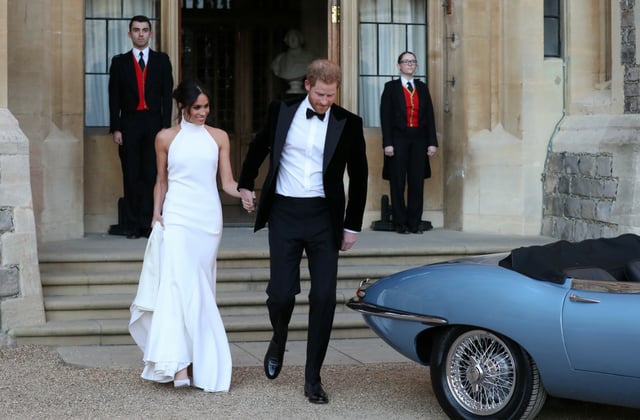 Obsessed with Meghan Markle's second wedding dress by Stella McCartney? Here's how you can make it yours...

When the newly crowned Duchess of Sussex stepped out wearing a floor-length, high-neck white Stella McCartney gown for her evening reception following her wedding to Prince Harry, fashion lovers across the world rejoiced at her stunning choice. And if you’ve wanted to personally recreate the moment (Prince optional), then you’ll be pleased to know that Stella has reissued the dress in a limited edition run.

McCartney has released a capsule collection, called Made With Love, of 46 dresses (23 lily-white and 23 onyx-black) made from sustainable viscose — each of which is a replica of the now-famed gown worn by Meghan Markle last month. The collection is only available at the designer’s new flagship store at 23 Old Bond Street and can only be previewed by private invitation for one week, beginning yesterday. And when we say private invitation, we mean you need to be personally invited by Stella herself after sending an email to a dedicated address.

Speaking to Vogue UK, the designer explained her decision to release the dress to the public saying, “I knew when I was working on the dress that it was beautiful. I knew it would be a dress that people would want and in that moment you can think, ‘Nobody can have it!’ or you can share it. It’s a very Stella McCartney dress, so it didn’t feel like I was cheating anyone, or not being us.”

If you want the chance to preview the dresses and make one your own, simply email madewithlove@stellamccartney.com and cross your fingers that Stella replies.

Then, see what Meghan has planned on her first solo outing with the Queen later today.