Will Smith fronts his first-ever fashion campaign with Moncler 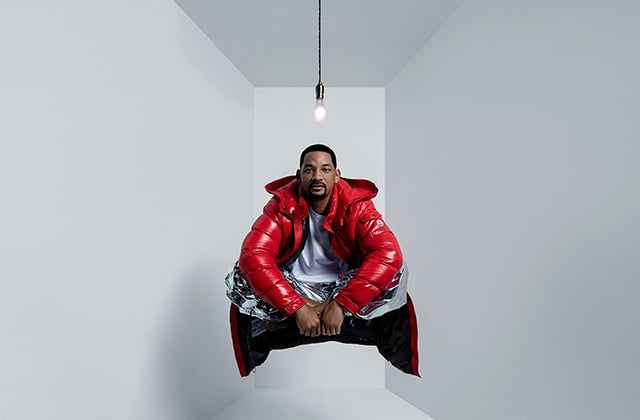 Will Smith gets in front of the lens once again, but this time, for a fashion campaign...

Moncler have recently adapted a new approach when it comes to both design and campaigns with the launch of Moncler Genius — a project that focuses on bringing together key designers to designseparate collections for the brand. And when it came to its campaign imagery, the Italian-based company revealed that an all-star cast (19 new faces, to be exact), from around the globe have officially joined the Moncler family.

Now, in Moncler’s latest campaign that highlights how ‘geniuses’ are considered crazed until their talents are showcased, the fashion house tapped one particularly big name in the industry to front the new imagery.

Marking his first-ever fashion campaign, Moncler revealed Will Smith as the newest face to join its family as he makes his debut for the “Genius Is Born Crazy” campaign. Photographed by Tim Walker, this marks the first of three campaigns Moncler will release.

“I believe in the power of crazy, and I always give a chance to a crazy dream,” said Moncler’s Chief Executive Officer Remo Ruffini. “The magic often happens somewhere beyond the ordinary, in the exploration of new horizons that only few see, before others follow. Long live the craziest intuitions when rigor and dedication are there to make them happen.”

Now, here’s everything we need to know about Rihanna’s 2019 Diamond Ball.