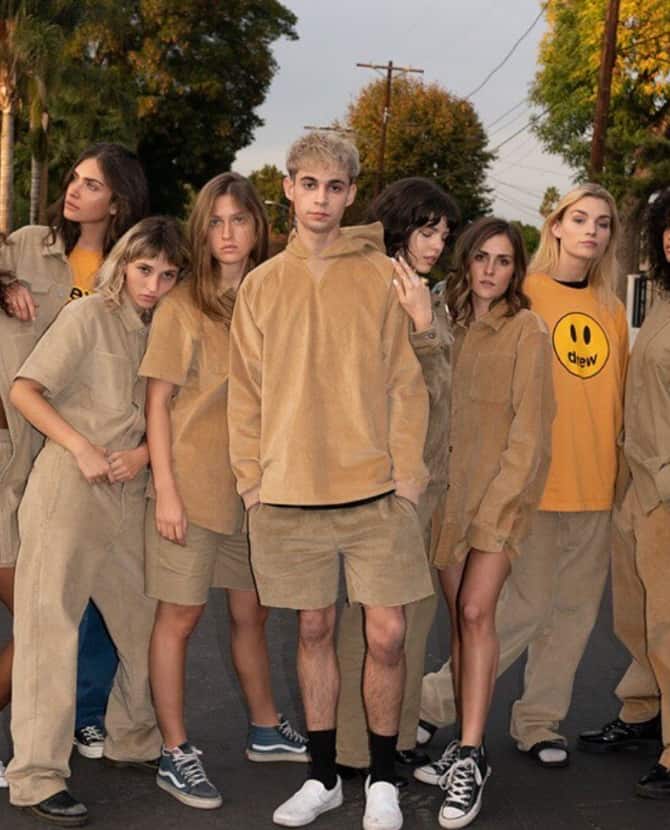 Justin Bieber may have had some fashion FOMO because he's the latest celebrity to jump on the bandwagon with his own line called Drew House – and it's super cool...

First came Yeezy, now comes Justin Bieber‘s Drew House. Since Kanye West has raked in a considerable sum (erm, billions) from Yeezy, Bieber probably thought it would be a smart fiscal move for him to start designing clothes – being a married man now and all. Well, he’s definitely on his way with his Generation Z-approved clothing line.

So, uni-sex Drew House has been in the works since about February of last year according to Fashionista.com and the name comes from Bieber’s middle name, Drew.

And aesthetically, it’s kind of like a cross between Yeezy (those nude tone textures) and Bieber’s love of over-sized skater boy hoodies (with signature smiley faces), which we’ve come to see him in all the time. It’s very ‘I-just-threw-this-together’ casual. Did we mention the line is practically Gen-Z in apparel form?

According to the Drew website, the clothes are “ethically made in limited quantities in Los Angeles” and range in price from Dhs176 (USD$48) for a T-shirt to Dhs544 (USD$148) for a pair of pants.