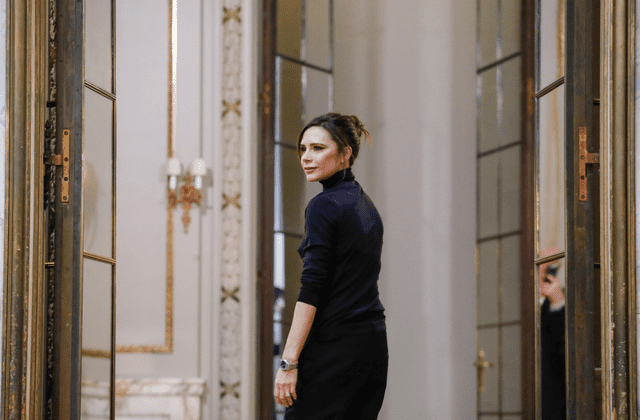 With the big day fast approaching, the question of who is designing Meghan Markle's wedding dress is garnering increasing interest...

Ever since news of Prince Harry and Meghan Markle’s engagement broke, the world has wondered just who the future royal will entrust the design of her wedding dress to. Her sister-in-law-to-be Kate Middleton entrusted Sarah Burton of Alexander McQueen for the task back in 2011, but who Meghan will choose has been a hot topic of conversation.

The former Suits actress wore a beautiful Ralph & Russo couture dress in the pair’s engagement photos, rocketing the Australian designers to the top of the list of favourites but there’s one other designer the fash pack suspects will dress Markle.

After meeting via their facialist, Meghan and Victoria Beckham have struck up a close friendship — is it any wonder given that they have a very similar approach to dressing? — leading many to believe that the Spice Girl-turned-designer would dress her for the big day.

However, it seems Victoria is determined to consistently deliver us bad news this week (yesterday she officially ended rumours of a Spice Girl reunion tour) with the designer telling press she is not designing Meghan’s gown.

Speaking with The Guardian, Beckham said, “She looked absolutely beautiful in my jumper. I’m sure it will be a really fun wedding. But no, she hasn’t asked me to do the dress.”

Guess we’ll just have to wait a little longer to find out who is given the big gig. In the meantime, discover all the details on the royal wedding as announced by Kensington Palace yesterday.