Here's who people are talking about this morning
February 13, 2018
Maddison Glendinning 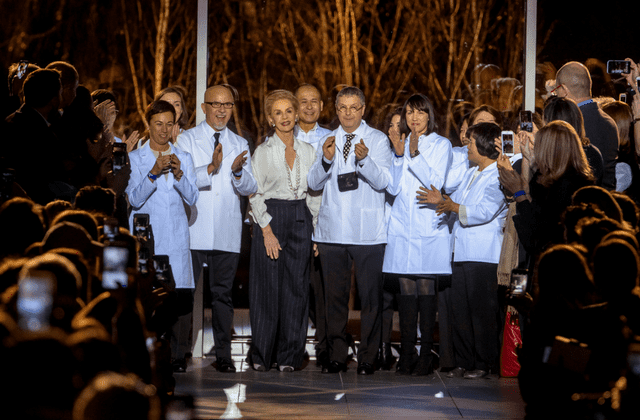 Day five of New York Fashion Week took place overnight and there were some seriously cool collections worth taking note of...

NYFW might be coming to an end but there was no shortage of standout shows on day five. Here’s who caught our eye… 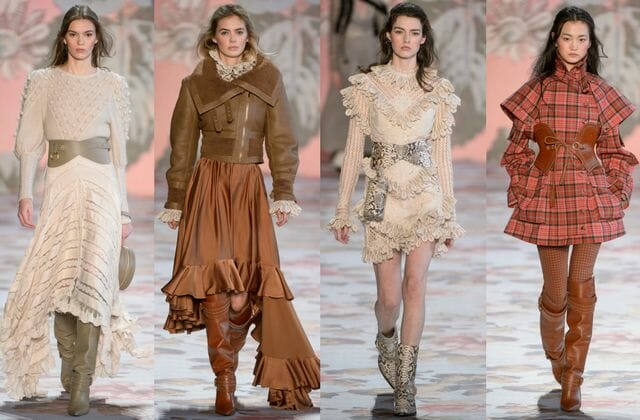 What you need to know: Australian designer Nicki Zimmermann is undoubtedly the queen of nonchalant cool. This season, the show featured an Victoriana-meets-equestrian theme with knee-high boots finishing midi- and maxi-length dresses, corset-inspired belting and plenty of luscious lace. In the show notes, Zimmermann wrote, “For Fall ’18 the muse is a youthfully adventurous Victorian era woman, she lives in oppressive surroundings but finds freedom and a chance of mischief in her horse and her riding.”

Wish list piece: Models walked the runway with an array of belted bags and top handle circular cases that are certain to be next season’s it bags. 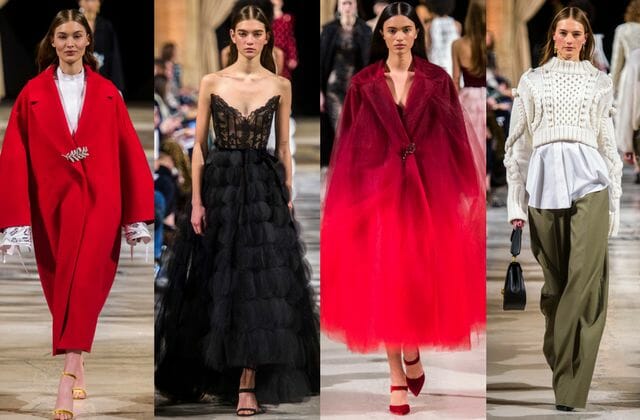 What you need to know: Laura Kim and Fernando Garcia are bringing Oscar de la Renta to a new generation in their latest collection with the brand’s signature ball gowns updated for a millennial audience with sheer panelling and lace, whilst full skirts were ‘dressed down’ with thick off-shoulder knits in bold eye-catching hues. Florals still reigned supreme across the collection, and there were several work-appropriate separates finished in a cool, contemporarily elegant way.

Standout items: Whilst the entire collection was a lesson in ladylike chic, it was the vast array of outwear that caught our eye. From cocoon coats to oversized tulle jackets and just about everything in between, wrapping up just became cool. 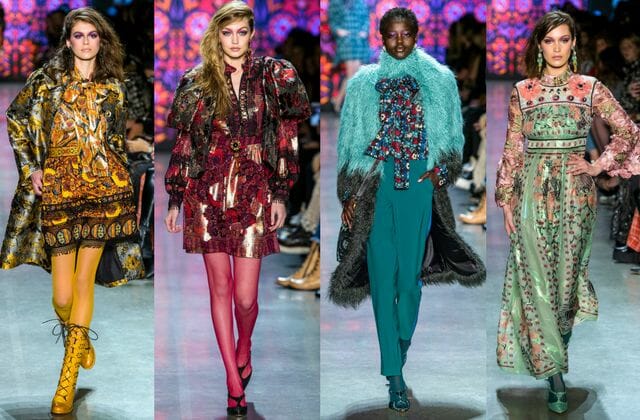 What you need to know: Titled ‘Beloved’, Anna Sui’s latest collection paid homage to the fashion world she “dreamed about before I came to New York” according to her show notes. The designer’s signature bohemian aesthetic was visible in dresses, wide-leg trousers and retro prints, with cropped fur jackets lending an air of formality to otherwise casual pieces. Sui also showcased a series of pieces from her latest collaboration with Levi’s, continuing her nod to a bygone era with corduroy jackets a key feature.

Instagrammable moment: Bella and Gigi Hadid and Kaia Gerber brought back the ‘supermodel spin’ perfected by nineties supers like Gerber’s mother Cindy Crawford during their turns on the catwalk. 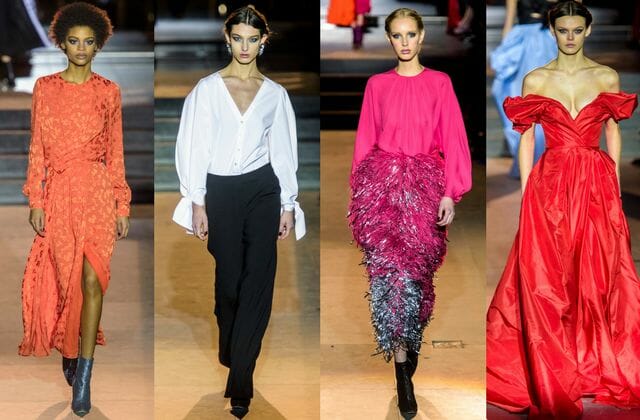 What you need to know: The Fall 2018 collection from Carolina Herrera was brimming with the 79-year old designer’s signature pieces, including crisp shirting, tailored trousers and pocketed full skirts. There were lashing of feathers and beaded fringework also, as well as a slew of elegant midi dresses. The shows final looks featured red-carpet ready gowns that we’re hoping to see at an awards ceremony soon.

What you might have missed: Carolina Herrera announced last week that she would step down from her eponymous label following her Fall 2018 show and so last night’s presentation was an emotional affair. Members of the designer’s atelier team watched from the mezzanine level of the MoMA and after the finale, Wes Gordon (who will replace the designer moving forward) presented Herrera with a bouquet of roses as her family watched on from the front row.

Now, watch our live stream of the Ralph Lauren Spring 2018 presentation which took place on day five, too.