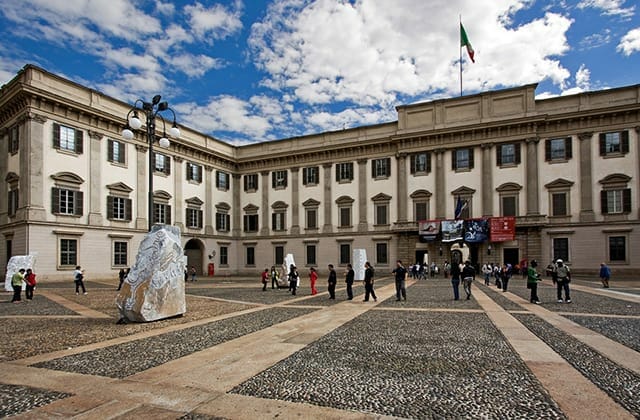 Donatella Versace just announced a new show location for her upcoming show and it marks a first for the brand...

It’s confirmed! Versace, or shall we say “Versach-eh” (apparently we’ve been pronouncing it wrong this whole time), has just announced a new location for its Fall/Winter ’18 show during Milan Fashion Week later this month.

Previously staging shows at Milan’s Triennale museum, which saw that iconic Spring/Summer ’18 finale, the Italian maison has now opted for the city’s Royal Palace for the upcoming autumnal show.

This will mark the first time the brand will hold an event at the Palazzo Reale and we can expect to see next season’s wish list-worthy creations by Donatella Versace against a spectacular backdrop.

Versace’s Fall/Winter ’18 collection is set to take place on February 23, 2018, during Milan Fashion Week. In the meantime, find out what Gianni Versace’s Miami mansion has been transformed into.