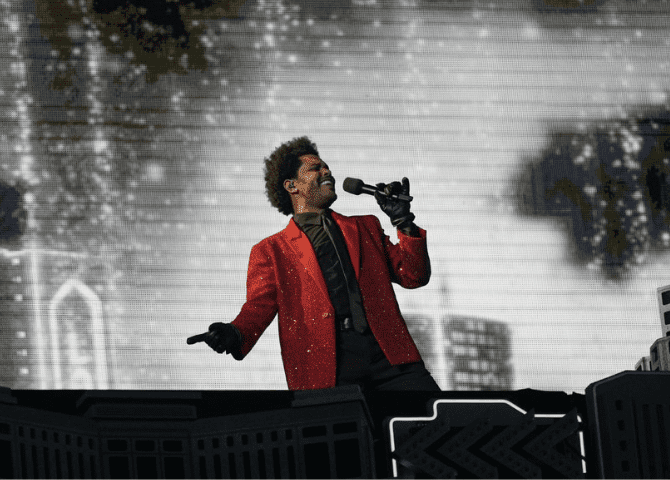 The Weeknd took to the stage at the Super Bowl LV Halftime Show with a performance that was anything but electrifying...

The Super Bowl LV game took place in the early hours of this morning and although it was a clear win for the Tampa Bay Buccaneers (the end game was 31 – 9 against Kansas City Chiefs), it was the Halftime Show that caught our attention — more due to the fashion and less of the performance itself. 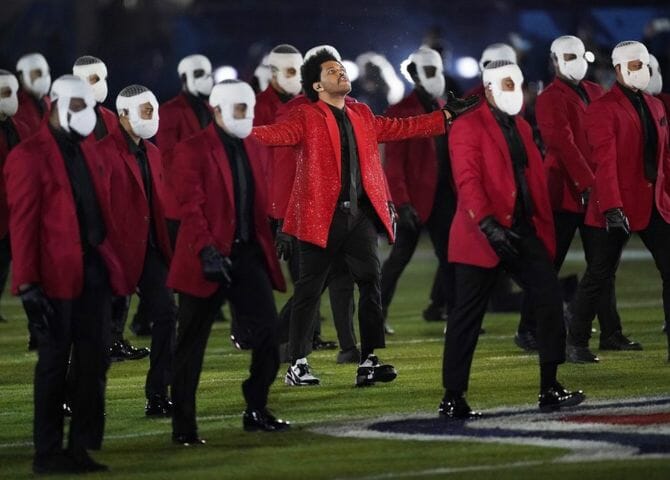 The musician wore custom Givenchy at the Super Bowl Halftime Show. A black cotton poplin shirt and wool trousers were complimented with the star piece, a red suit that signified The Weeknd’s classic style.

The Givenchy red suit jacket is embroidered with crystals and was “created by four embroiderers and took over 250 hours to finish”, according to WWD. This marks the first major project for Givenchy’s new Creative Director, Matthew Williams.

The 14-minute set included a medley of hits such as “Blinding Lights,” “Starboy” and “Earned It” on the Raymond James Stadium stands. 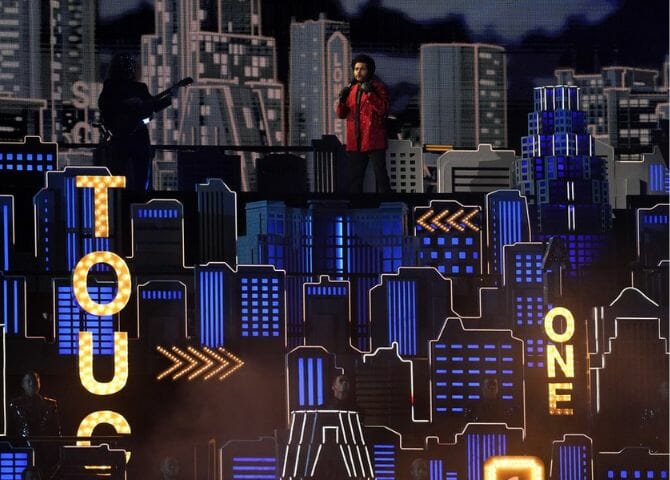 The Weeknd wasn’t the only person on our fashion radar. Prior to the Halftime Show, Eric Church and Jazmine Sullivan (pictured below) took to the pitch to perform the national anthem, and she was an absolute vision in white. She wore a white pantsuit and headpiece by Area and jewels by David Yurman. Church wore a jacket by Tom Ford. 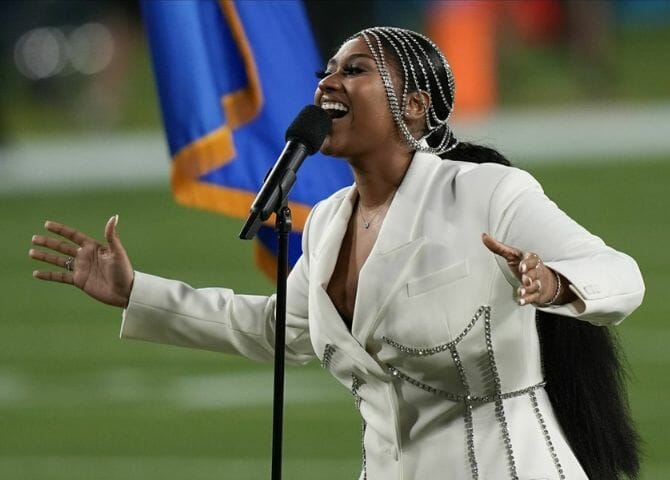 H.E.R, the Grammy winner, also made an appearance at the Super Bowl as she was tapped to sing “America the Beautiful” before the game kicked off. Her rock’n’roll style was made up of a custom Stinson Haus by Brea Stinson with Giuseppe Zanotti Boots. 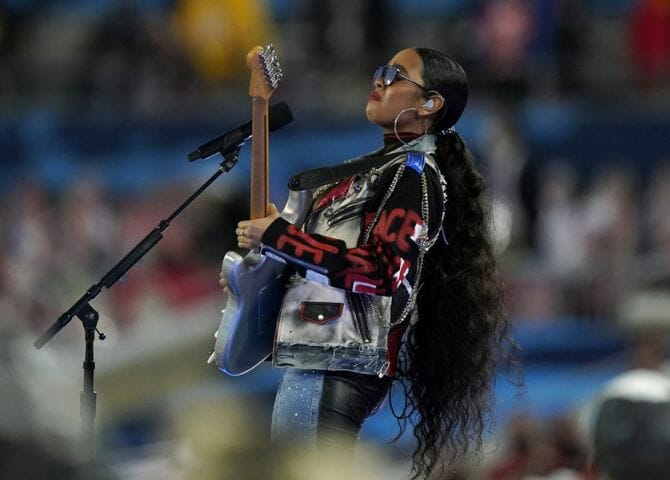 Amanda Gorman, the first Youth Poet Laureate of the United States, brings poetry to the Super Bowl for the first time. Following her breakout moment at the inauguration of Joe Biden, she read a new poem that paid tribute to the heroes of the pandemic. She wore a powder blue coat by Moschino and earrings by Mateo.

Now, take a look at the fashion news you missed this week.