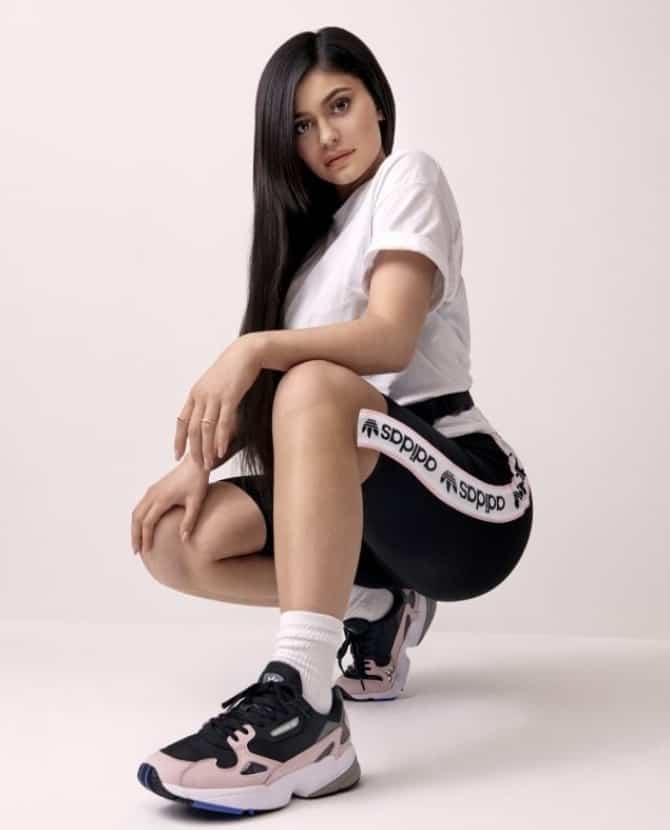 Kylie Jenner has lent her hand to Adidas for a brand new fashion collaboration which is officially available to buy right now...

Kylie Jenner, AKA the world’s youngest ever self-made billionaire, has just added yet another feather to her (ever-growing) cap. The 20-year old has teamed up with sportswear giant Adidas on a new athleisure collection that is officially available to buy online from today.

Jenner was first revealed as the new face of Adidas’ Falcon sneaker in August, after parting ways with Puma for whom she was previously an ambassador. The partnership makes sense given the many familial connections there is with the brand — sister Kendall has previously been an Originals ambassador while brother-in-law Kanye West has a rolling relationship with the brand thanks to his Yeezy line.

For Kylie’s debut collection for the brand, she designed a range that includes track pants, sports bras, bodysuits and hoodies in baby blue, light purple and grey. She has also reimagined the Falcon sneaker for the collection.

The collection is officially available to purchase on adidas.com from today. There’s no word yet on whether or not it will drop in stores in the Middle East but stay tuned to Buro. Middle East for updates.

In the meantime, find out which other global brand Kylie has partnered with recently.