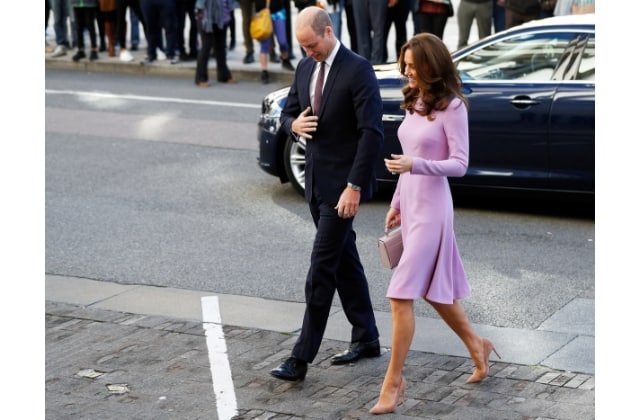 The Duke and Duchess of Cambridge made an appearance today for a very important reason...

The Duchess of Cambridge is officially back from maternity leave. After making her first solo appearance since welcoming Prince Louis in April of this year last week, the Duchess joined husband Prince William at the Global Ministerial Mental Health Summit in London today.

Mental health is an issue close to the Cambridge’s heart, with the pair, alongside Prince Harry, founding Heads Up to help foster conversation around the issue. Today, the pair was present to hear ideas on how to help improve mental health across the globe attending a variety of sessions on various issues in relation to the important topic.

For the occasion, Kate recycled one of the outfits she wore on her royal tour of Hamburg last year. The Duchess teamed the lilac Emilia Wickstead dress with nude court shoes by Gianvito Rossi and a crocodile print top-handle handbag from Aspinal of London. She accessorised with jewels from Mappin & Webb. Prince William also wore an outfit he’s sported before — the suit and tie the Duke was spotted in today were the very same ones he wore to an engagement last week. If Kate can pull off the same look twice (and dare we say look even better the second time around!), then there’s nothing stopping us from giving it a go, too. 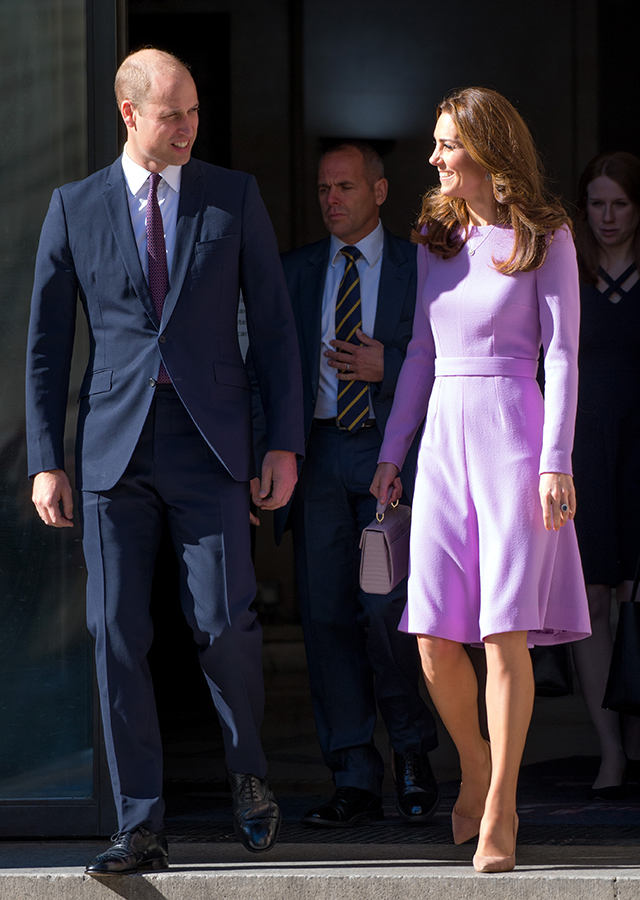 Now, see what the Duke and Duchess of Sussex got up to in their namesake dukedom last week.