So, is Meghan Markle really her own stylist? 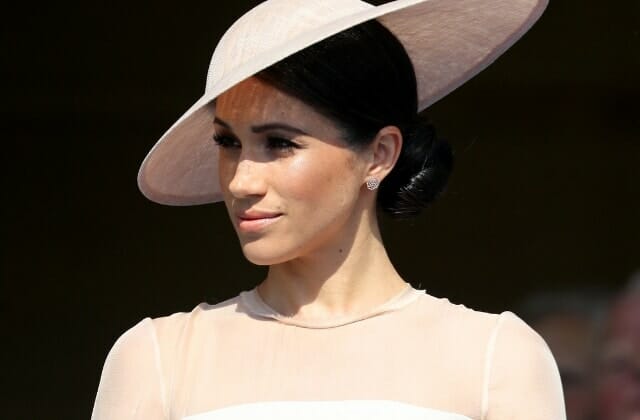 The Duchess of Sussex is apparently "self-service" when it comes to her sartorial choices...

Ever since Meghan Markle married into the royal family, her every move is documented. She’s been getting involved in loads of public engagements from Morocco to all around the UK – always looking oh-so-fly, culiminating in her well deserved global style icon status. And now that she’s carrying the next royal baby, her bump is being styled accordingly, too.

But – brace yourselves – we’ve just got wind of the fact that she is her OWN stylist. So all her fabulous outfits (and there are A LOT) are owed to Meghan herself.

So, a royal insider said to People that she is “self-service” when it comes to putting together her looks and that the same applies to her beauty regime: “I was with her last month, and she was going on a public engagement. Harry and I were sitting with the dogs, and we were all chatty, and she’s painting her nails,” they also added. Her friends have also chimed in stating that she has been styling herself.

We already know Markle has a penchant for J. Crew as we’ve spotted her many times wearing the brand. And she does love a strong cape, too. As she grows into her role as a royal figure, her outfit choices have become increasingly considered – with the help of the Duchess of Cambridge too apparently, to whom she’s turned to for some guidance according to Elle.com

But tbh, the Duchess of Sussex has demonstrated her astute fashion know-how . The fact that she champions sustainable brands, especially on her royal tours, tells us that she is a conscious consumer and on the pulse.

And with that, let’s indulge in the Duchesss’ best looks. Credit: Meghan Markle.

Now, check out this super cute moment between Prince Harry and Meghan Markle.