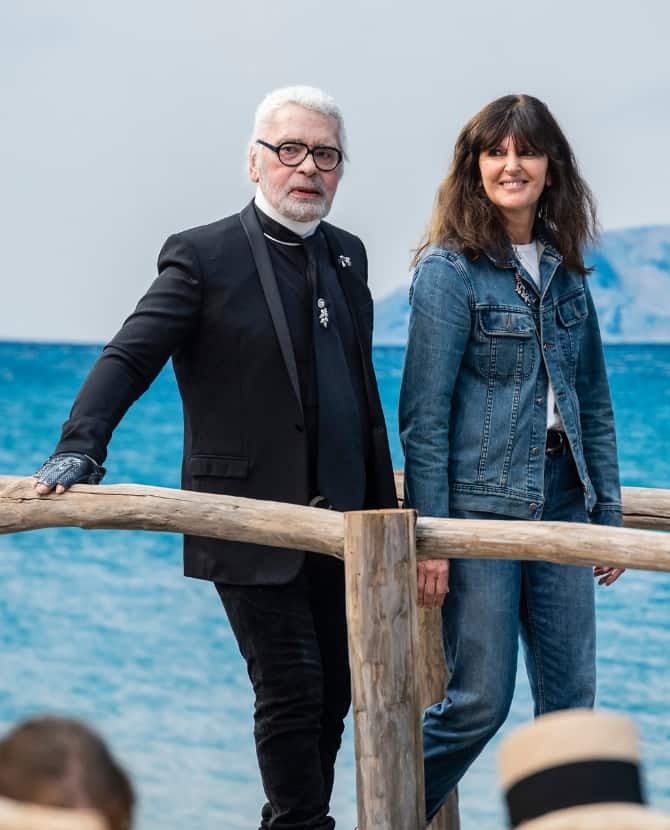 Online interest in Chanel has increased significantly in the past 48 hours...

On Tuesday, the fashion industry was shocked by the news of Karl Lagerfeld’s passing. Since then, tributes to the legendary designer have been pouring in on social media from friends and fans alike.

And it turns out that the sad news has also sparked a spike in online searches for the brand.

According to WWD, “Depop searches for Karl Lagerfeld increased 1,351 per cent” with Chanel in the top 10. Searches focused on the designer’s ’90s era pieces, and Brandon Veloria, the co-founder of pre-owned company James Veloria, told the site that prices are likely to spike, too. “Prices will definitley go up. As with anything, there will suddenly be a lot of interest in Chanel, and then there will be less of it out there because people will start holding onto their pieces.”

eBay and The Real Real also reported increases in demand for Chanel pieces, as well as Fendi. It’s the brands tweed jackets and classic bag silhouettes that have garnered most interest as well as “vintage and novelty styles such as the Hula Hoop and Lego Clutch” according to The Real Real.

A legend in life, and forvermore in his passing, it would seem.