Then Chanel will have a farewell ceremony
February 21, 2019
Georgie Bradley 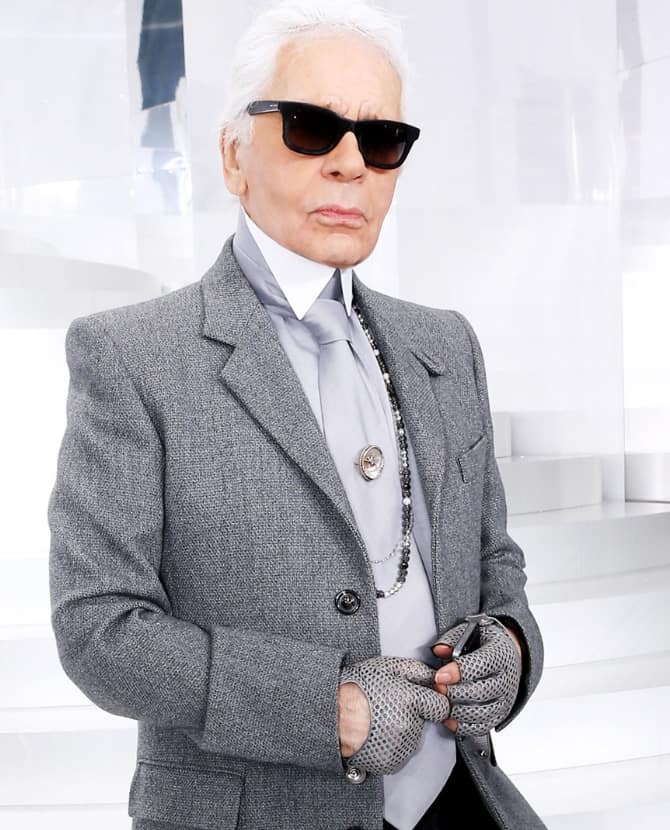 As the world comes to terms with the loss of Karl Lagerfeld, details of how he will be laid to rest are coming through...

Since Karl Lagerfeld, the king of couture and modern fashion as we know it, passed away on Tuesday 19 February, right in the middle of fashion month, the world has been paying respects to the icon. As you’d expect, commemorations are unfolding on social media, with high-profile names like Naomi Campbell, Carine Roitfeld and Suzy Menkes leading the pack with their touching tributes. Head to Chanel’s store in Paris’ Rue Cambon and you’ll see heaps of flowers and messages saying “Merci Karl” among other heartfelt notes to the late designer.

Now, according to WWD, French daily newspaper Le Figaro has reported that Lagerfeld will be laid to rest in a strictly private ceremony. This makes sense as the fashion maverick did say last year in an interview for Numéro magazine that he didn’t want a huge fanfare at his funeral – instead, he’d prefer for his ashes to be scattered near his mother, Elisabeth or his cat, Choupette, should she pass before him.

A spokesperson for Chanel has chimed in saying, “A farewell ceremony will take place at a later date”. Further from that, we’ve got no more details. But we do know that Lagerfeld’s final collection for Chanel, which will be showcased on 5 March during Paris Fashion Week, will be a highly emotional occasion.

Till then, scroll through the beautiful tributes to the fashion legend.