Rihanna will close out NYFW with her next Fenty show 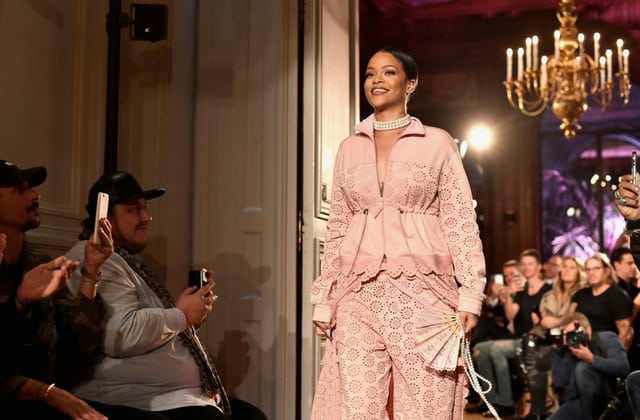 Rihanna knows how to throw a memorable runway show, which is why we were thoroughly disappointed that the Grammy winning artist-turned-designer opted not to show during New York Fashion Week last season. Good news this weekend however, as WWD has announced that she’ll not only be back for S/S ’19 but she’ll close out the week with her Savage x Fenty show.

You might remember a few months ago that Rihanna announced the launch of her debut lingerie collection with Savage, and that’s exactly what she’ll be showing off on the runway this season, forgoing her previous runway partner Puma. The only information on the show so far is that it will be an “immersive experience” and that it will take place in Brooklyn on Wednesday September 12. Plus, the show will adopt the see now, buy now format, allowing customers to purchase the pieces from SavageX.com directly after the show has finished.

The countdown is officially on.

In the meantime, find out when you’ll be able to watch the Rihanna documentary.