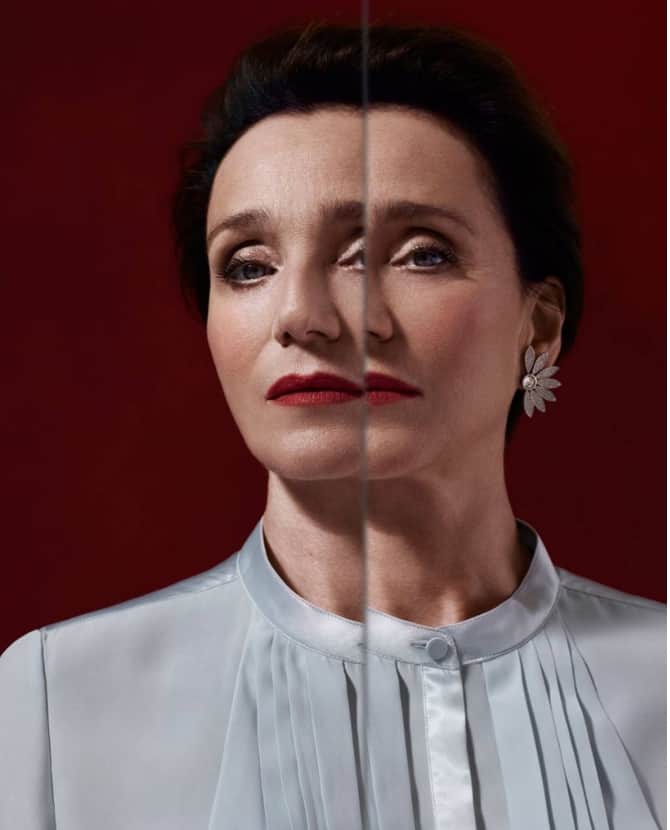 Riccardo Tisci has just dropped his first holiday campaign and there's some pretty big names on board...

Burberry‘s new era under Riccardo Tisci is in full swing and going very well so far. The ex-Givenchy designer has revamped the brand’s product drop schedule to include monthly drops, banned the use of fur and destroying products in future collections and seamlessly injected his own aesthetic into the heritage brand whilst paying homage to its roots. Now, the designer has just released his first holiday campaign.

The split images feature an impressive array of stars with Naomi Campbell and her mother Valerie Morris-Campbell starring alongside Kristin Scott Thomas, Matt Smith, Juno Calypso and M.I.A. The images were shot by Calypso, a British artist and photographer.

It is the second time Smith has appeared in a campaign (he was also shot in 2017), likewise for Naomi who previously appeared in 2015.

The brand released teaser images overnight, with the full campaign to be revealed on November 13.

Until then, find out how Burberry has pledged to help the global plastic crisis.