Are we really going to see a Raf Simons-run-Prada? 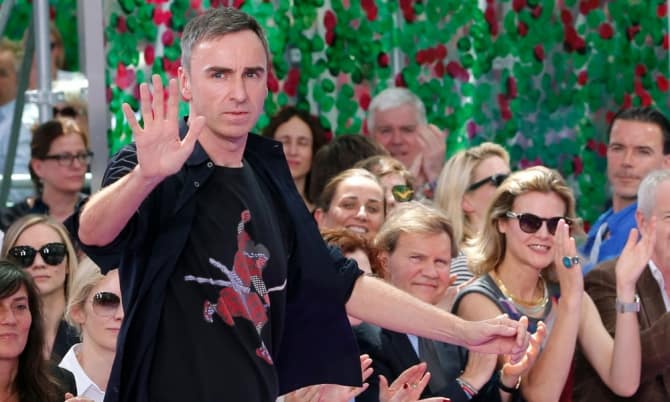 Rumours in the fashion world are a plenty, but one that doesn’t seem to want to go away is that designer Raf Simons might be heading to Prada Group.

Following a now deleted tweet from Wall Street Journal journalist Jacob Gallagher, “Getting word that Raf Simons is going to Prada. No other details,” fans (as well as the internet) have been in a frenzy trying to figure out just how true the robust suggestion might be.

Rumours are Raf Simons could be going to Prada
What’s your thoughts on this? pic.twitter.com/Z6GAGPvgn3

It’s even gotten to the point where market sources are pointing to two developments as evidence: Prada‘s sister label, Miu Miu, recently moved its headquarters to Milan from Paris, and it’s been reported that Simons is busy looking for an apartment in the Italian fashion capital.

The idea that the Belgian designer could be moving to Prada is not farfetched, after all, Simons is no stranger to the group who hired him as creative director of Jil Sander, a position he held from 2005 to 2012. He moved on to Dior then Calvin Klein, which he left at 2018 and has since, kept a very low profile.

With no comment from Prada Group, only time will tell whether Simons and Miuccia Prada have surprises in store for us. Watch this space for further developments…

Now, find out everything you need to know about Louis Vuitton’s new restaurant.