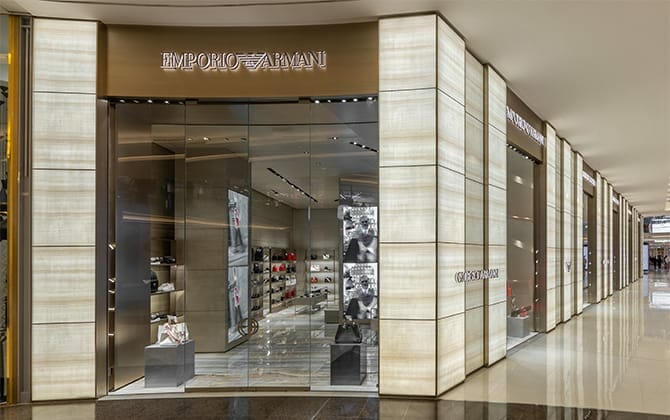 Giorgio Armani's boutique in The Dubai Mall just reopened its doors just in time for its Cruise 2021 showcase...

The Dubai Mall is already our go-to mall for all of our shopping needs and when its Fashion Avenue extension welcomed a slew of coveted stores, there was really no other reason for us to think twice about stepping foot in one of the world’s largest malls.

One boutique, however, was under construction and situated right at the heart of Fashion Avenue. So, it was pretty obvious that when it came time to reopen its doors, it would do so with a completely chic revamp, inviting its customers into a retail heaven. 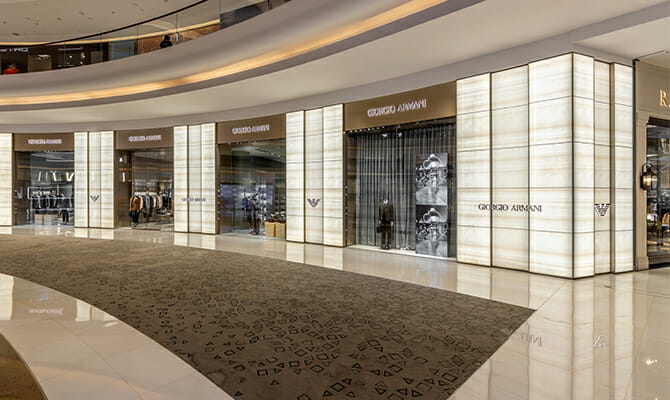 The Armani Group officially announced the reopening of the Armani store and trust us when we say that it is B-E-A-U-T-I-F-U-L. Let’s start off with its facade. Giving mall-visitors that oomph impact, the exterior has been reimagined using glass panels that reach up to five metres high, covered with backlit wallpaper.

As soon as you step into the space, the environment is as inviting as it is invigorating (and has been designed by none other than Giorgio Armani himself, alongside an in-house team of architects).

Exalting elegance and sophistication, the boutique comes with colour-coordinated walls and flooring to highlight three different areas, which hold different collections and accessories for both men and women. Refined architecture, high ceilings and exclusively designed lamps are then complimented with coveted pieces from the Armani/Casa interior design collection.

Also, you’ll not only be able to shop Giorgio Armani’s latest collection but Emporio Armani’s too, which can be accessed from both in-store, and through an external entrance. 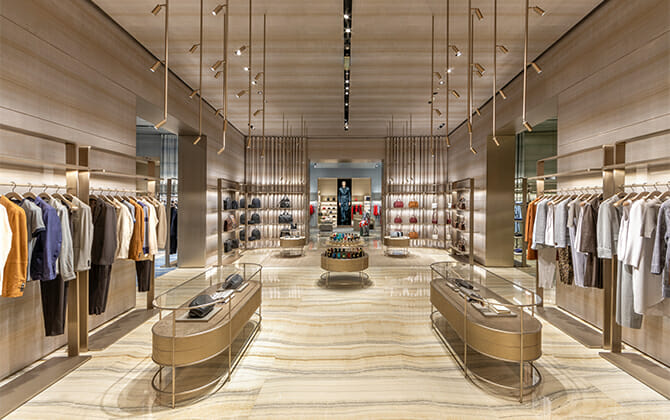 In all honesty, we knew this boutique was going to be major. In October 2019, we found out that Giorgio Armani would be staging his next Cruise 2021 show in Dubai. Marking 10 years since the designer visited the city, his next showcase in April will see sir Giorgio himself celebrating a new collection, and the new store opening in The Dubai Mall.

Now, discover why Valentino’s latest haute couture collection is a very wearable one.